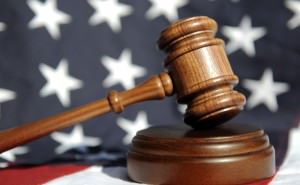 The witness list has been revealed for the upcoming hearings on New York virtual currencies. The hearings will take place on January 28th and January 29th.  The list was announced by the New York Department of Financial Services.

Benjamin M. Lawsky, the New York Superintendent of Financial Services, released information that District Attorney of New York County Cyrus R. Vance Jr. and Richard B. Zabel, Deputy US Attorney for the Southern District of New York, will speak on bahalf of the concerns over bicoin.

Both hearings were announced on January 11th, with the intentions to “review the interconnection between money transmission regulations and virtual currencies.” The NYDFS has been accumulating information on digital currency since August 2011, and will discuss proposed BitLicensing for bitcoin on the hearings by the end of this month.

The two day event will consist of five panels in regards to topics related to everything from BitLicensing to Bitcoin ATM installations. The NYDFS said that further updates on more information will be provided shortly in regards to who will be presenting arguments, as well as how long each witness may speak for.

The January 28th hearing will address investment opportunities which can be made using digital currency. This group of speakers will be made up of Cameron and Tyler Winklevoss, Barry Silbert, founder and CEO of SecondMarket; Jeremy Liew, partner at Lightspeed Venture Capital; Fred Wilson, partner at Union Square Ventures.

Later that afternoon, regulation of the ever evolving industry will commence. The panel will include Judie Rinearson, partner at Bryan Cave, and Carol Van Cleef partner at Patton Boggs, Charles Lee and one unannounced speaker. (No, not Satoshi Nakamoto).

As for the 29th, the day will begin with Richard B. Zabel and Cyrus R. Vance Jr. representing the New York law enforcement regulators.

Panel 2 will consist of Ehrsam and Allaire, as well as an unannounced representative from Overstock.com.

Lastly, the third panel will end the event with an academic overview on virtual currencies. This panel will include Ed Felten of Princeton University and Stanford University’s Susan Athey.

Many are lying in wait to see what transpires from the event. It was reported earlier on how several people are directly being affected from lack of bitcoin regulations in New York. Brooklyn Native Willard Ling has yet to follow through with his plans to install his $5,000 Bitcoin ATM. He is awaiting a decision on whether or not he can move forward with his plans.

Why Jamie Dimon is Wrong About Bitcoin