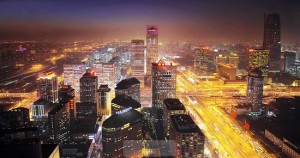 The CEOs of five major Chinese bitcoin exchanges have pulled out from Global Bitcoin Summit 2014 (GBS) taking place this weekend May 10-11. This news comes in the wake of actions taken by banks against them which forced most of them to shutdown accounts related to bitcoin activity.

OKCoin, Huobi, BTC China, BtcTrade, and CHBTC, the five exchanges affected by this made a detailed joint statement on Weibo, Tuesday night, stating that they would not participate in large bitcoin meetings or events any longer. They will also,

Star Xu of OKCoin, Bobby Lee of BTC China, and Leon Li of Huobi were due to speak at the Global Bitcoin Summit taking place in Beijing.

Global Bitcoin Summit Must Continue On

Regardless of the People’s Bank of China’s aka PBOC censure of bitcoin, the two-day conference seems to be picking up steam and doing just fine. The ticket sales for the conference are said to be “stellar” and there is still a great selection of topic lineup.  The PBOC announced in December last year its view for banks not to take part in business with bitcoin exchanges. This position of the PBOC has not been altered since.

Li Xiaolai is the president of the Global Bitcoin Summit and his company bitfund.pe is from the main organizers of the event. UBM China is the organizer of the event. The Global Bitcoin Summit speakers will discuss a host of issues related to bitcoin in China and abroad. For example, new innovations in bitcoin, startup advice, future of bitcoin in China and communication with markets at large will be some of the issues targeted at the conference.

Bitcoin investor Roger Ver, director of Bitcoin Alliance of Canada, Anthody di Iorio, Ethereum’s Vitalik Buterin are still scheduled to attend and speak at the conference. The list of speakers consists of both international and speakers from the host country. Representative from Chinese bitcoin startups and institutions consist of BitAngels, Bitfubao, BTC123, and Peat.io.