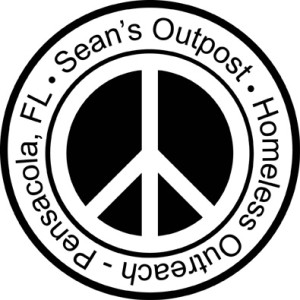 The digital currency community does it again, bringing ease to those in distress. Sean’s Outpost, a homeless outreach center, was affected by a mass flood in the Pensacola Florida area last week. A call for donations was made to help rebuild the center using digital currencies, and boy was it answered.

Both bitcoins and litecoins were welcomed, as donations, in order to rebuild the lives of so many who were plagued by the flood. In the heart of Satoshi’s Forest is where the center resides, run by Jason King. The area was hit with heavy rain, causing the center’s headquarters to suffer. Many people within the area have been displaced, as homes are not safe to live in.

At one point after the storm, the center requested that people stop donating food and clothes for a little while, as there was nowhere to store anything. The 3 feet of water made it difficult for the center in all aspects. However, digital coins are welcomed as they are electronically stored in digital wallets.

“Manna Food Pantries, the primary food pantry in the Pensacola area, may be a total loss after 3 feet of water flooded food coolers and administrative offices. It can’t accept new food donations because it has nowhere to store them, said Executive Director DeDe Flounlacker. ‘If you were thinking of giving a can of food, give $5 instead. It’s about as bad as it can be.”

Though the storm may have tested the patience of those at the outreach center, there is no slowing down King’s mission. King’s goal with his homeless outreach shelter is to put an end to poverty. It may seem as though King is taking on more than he can handle, but with the help of donors and his warm-hearted outlook on life, anything may be possible for the Floridian.