Heifer International announced last Friday that it is now accepting bitcoins for donation.

The Arkansas-based nonprofit organization, which provides gifts of livestock and agricultural training to combat world hunger and poverty, has partnered with bitcoin payment processor BitPay for the initiative.

Heifer president and CEO Pierre Ferrari said in a press release the organization has noted the benefits of bitcoin as a means of giving while observing the recent surge in the digital currency’s use around the world. 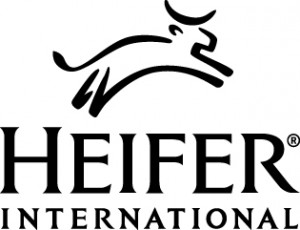 “Bitcoin is gaining recognition and value globally, so we are excited to offer this universal digital currency as an option for donors,” Ferrari said. “By reducing fees for transactions, bitcoin will also allow Heifer to devote a greater percentage of donations to serving families.”

Given that BitPay can process microtransactions as tiny as a few cents, benefactors can donate at any level they want, said the press release. Heifer International’s range of gifts include a flock of chickens ($20 USD or 0.003 BTC), a cow ($500 or 0.73 BTC) and the multi-livestock Gift Ark ($5,000 or 7.33 BTC, as calculated by the time of the press release).

One of the reasons Heifer chose BitPay for this initiative was the company’s experience working with the nonprofit sector. Among the charitable organizations that accept bitcoin donations through BitPay are the American Red Cross and Save the Children. In December 2014, BitPay announced the creation of a NationBuilder website plug-in that allows communities to easily accept the digital currency for donations.

“We are glad to welcome a large nonprofit with an important mission to the bitcoin ecosystem,” said BitPay chief commercial officer Sonny Singh in the press release. “The bitcoin community is a highly engaged and generous group of individuals that are interested in issues that affect the world.”

Is the Bitcoin Halving Half full or Half Empty?