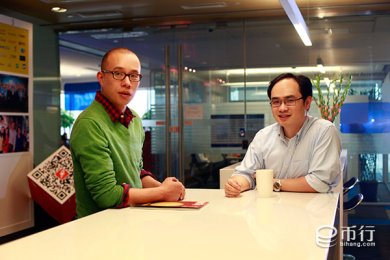 Towards the end of 2013, the People’s Bank of China banned firms from processing payments in digital currency. This led to a 28% decline in bitcoin’s value just a day later. However, this hasn’t stopped a new bitcoin startup, called Bihang, to emerge.

The Bihang website was launched by co-founders Jiang Changhao and Wang Hao. The two men have experience with major companies, as Changhao was a research scientist at Facebook, and Hao once worked at Goldman Sachs.

However, they’re involvement in bitcoin isn’t like most digital currency startups, as the two men own a very small amount of the digital currency. They are not as enthusiastic with bitcoin as most investors are.

Changhao learned about bitcoin by reading articles sent out by Satoshi Nakamoto, the mystery person or group behind bitcoin. He explained:

“If one can carry out peer-to-peer transactions without relying on the support of centralized organizations and third-party payment firms, it would be very cool. This will be a whole new set of rules for the game, which will turn a lot of traditional trading practices on their head.”

The co-founders are more interested in the bitcoin wallet business, as well as the technologies and apps involved in bitcoin. Changhao feels the future of bitcoin startups will be diverse, offering a wide spectrum of services, like trusts, transfers and wealth management.

As for Bihang’s operations, Changhao and Hao feel that a smaller team will help the Bihang site remain secure. Bihang has a staff of 10 people, with half in charge of technical products and the other half handled customer service, administration marketing and operations.

The state of investing in bitcoin in China has been affected by the world around it. With the attempted ban on bitcoin within the nation, and the collapse of Japanese bitcoin exchange Mt. Gox, it is easy to see why citizens in China may be iffy on the subject of digital currencies.

However, companies like Bihang and BTC China hope to restore investor confidence into the revolutionary instrument that can be used to benefit the world. BTC China is a bitcoin exchange, trying to bring bitcoin into the lives of the Chinese nation, all the while stretching out past boarders.

With such determination and ambition, China could play a major role yet again in bitcoin’s maturity.

Senator Rand Paul has a Positive Outlook on Bitcoin