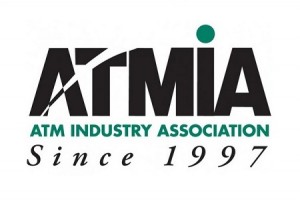 Yesterday the ATM Industry Association (ATMIA) released a global position paper on Bitcoin ATMs and the digital currency itself.

The association, which is composed of more than 5,000 members in 65 nations, states it does not consider Bitcoin to be a threat to cash or to established electronic payment methods. However, ATMIA does recommend increased support and supervision of Bitcoin ATMs to ensure they follow security best practices and maintain the ATM industry’s current high levels of consumer trust.

“The subject of BitCoin is a moving target as its development unfolds with a high and rapid rate of changes,” states the position paper. On the one hand, there is sometimes negative news, such as the collapse of Mt. Gox and the takedown of Silk Road. On the other, there is considerable good news, such as the rising number of retailers, such as TigerDirect and Expedia, accepting Bitcoin. Doing so typically translates into lower transaction fees as compared to credit card payments.

The value proposition for merchants, the paper notes, is that Bitcoin will not result in chargebacks for fraudulent transactions, as the digital currency is not insured. But the lack of insurance creates risk for consumers if their Bitcoin wallets were to be compromised. For example, under European Union law, consumers are not protected by any refund rights when using digital currency for commercial transactions.

The paper notes digital currencies are now being used for low-cost remittances. For example, ZipZap users can deposit cash for Bitcoin, whose value can then be cashed out across borders. The value of some local currencies may be more volatile than that of Bitcoin, which would make Bitcoin attractive for such cross-border remittances.

“In short, we are seeing signs of typical ‘creative destruction’ of a genuine innovation in the payments space. ATMIA anticipates an eventual stabilization especially after integration of BitCoin ATM operators into a broad payments governance framework,” the paper states.

The association notes that it remains to be seen whether Bitcoin will ever become a mainstream currency; however, Bitcoin does seem to be on track to become an important global currency. “Hence, the need to reach out to Bitcoin ATM operators,” says the position paper. “This is especially desirable given that a cash-to-BitCoin and BitCoin-to-cash loop has implications and opportunities for the ATM industry as the number of BitCoin ATMs proliferates.”

The paper notes that in today’s mobile-digital society, tech-savvy consumers have a wide selection of payment options, such as cash, debit, credit and prepaid cards, money transfers, online payments, and, increasingly, mobile payments. This year ATMIA commissioned two research papers exploring the rise of Bitcoin and Bitcoin ATMs to assess where and how the digital currency fits into this evolving payment environment and whether it poses any threat to payment governance.

The association observes that Bitcoin is:

ATMIA’s main conclusion is that there is currently inadequate supervision of Bitcoin ATMs. Such machines, states the paper, “should be brought into the fold of the wider ATM industry, becoming part of the industry, subject, in particular, to security best practices and other aspects of the industry’s code of conduct.”

The association believes Bitcoin ATMS “should be well-governed to ensure they provide trusted, secure, transparent transactions within the industry” and says it would “welcome a professional peer relationship with BitCoin ATM operators.”

ATMIA says it recognizes “the need for some sort of self-regulation at least for part of the BitCoin value chain. Examples of such self-regulation would include a registry of exchanges, with licensing powers subject to specific conditions being met, a Bitcoin version of PCI-DSS, commitments to reserve funds, or guarantees to protect deposits.”

In the position paper, the association makes the following recommendations:

Regulators worldwide are watching Bitcoin’s emergence with great interest, observes Simon Gentry, ATMIA’s public affairs adviser in Europe. “BitCoin will help address some of the valid concerns that regulators and politicians have by being seen to be part of the established and proven governance structures provided by the ATMIA.”

Yet Another Bot Malfunctions, to its Owner’s Dismay 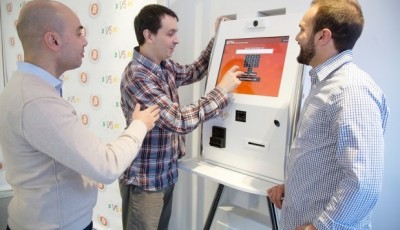