Yet Another Bot Malfunctions, to its Owner’s Dismay 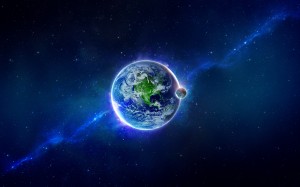 I was in the middle of writing a very different article (that you’ll get to read tomorrow, if you follow my column) when, as sometimes occurs, an event within the Bitcoin world caught my attention. It’s a relatively minor occurrence on the grand scale of things, but it’s a good catalyst to discuss something that has been happening with some regularity this past while: trading irregularities.

For those not up-to-date on the history of such events, I’ll give you a few:

– The infamous Bitfinex glitch from February 9th, which sent their BTC/USD market tumbling all the way to $100/coin. The rest of the market dropped during the event–albeit only from ~$700 to ~$530 – but recovered much of the loss quite quickly, although it did continue in a downward trend.

– The BTC-e flash crash that occurred the same day, February 9th, sending prices downward to $102 per BTC in a margin call cascade.

Why do events like this occur? Let’s try and break it down a little. Gross market inefficiencies like this result from one of:

1. Server-side glitches on behalf of the exchange

The Bitfinex glitch is a good example of this – there was an issue that allowed people to buy and sell an infinite quantity of BTC or LTC, regardless of their margin account balance. This was abused to cause massive disruptions to the market and resulted in margin calls, prompting Bitfinex to halt trading. Bitfinex later attempted to reimburse those who had lost funds as a result of the glitch. There were complaints about how they handled the event, but the community as a whole was mostly satisfied with their actions.

This is what causes the majority of these events – an ethically gray action, or, in the views of some, actively evil. Margin trading is a system employed by financial institutions to allow traders to apply leverage to their trades. For instance, leverage of 3.3:1, as on Bitfinex, would allow a trader with $1,000 to make trades as large as $3,300. This leverage comes with costs, though. First, you must pay interest on the borrowed funds – your trades cost you more. Second, you must respect the additional risk you are taking – by trading with 330% of your total funds, you greatly amplify both your potential gains and losses. Third, and most importantly for this discussion, you open yourself to the possibility of something called a margin call. A margin call occurs when the net value of your account (total asset value + unrealized profit/loss) dips below the margin call level. This is enforced to prevent the possibility of default by traders. When it occurs, the exchange forces your account to close your open positions by placing a market order. Generally, this will leave the affected trader with less than 25% of their initial funds.

A devious individual would recognize here that this means that someone with an immense amount of ability to move the market could cause such an event to occur. By selling or buying a large amount of an asset at once (and causing slippage), someone could cause a margin call to occur. If they do enough, multiple separate traders will all be margin called – moving the market further, and causing more damage, and more margin calls. This is referred to as a margin call cascade. If you could cause this event to occur, and had placed buy or sell orders as appropriate, you would be able to profit immensely from this – at the direct cost of others. They should know the risks, but it’s very hard to see purposefully causing a margin call cascade as a legitimate or ethical decision.

Regardless, this is what caused many of these trading irregularities – someone found a method to make profit, and (ab)used it.

This occurs at a small scale with some frequency in the altcoin markets. My own bot has accidentally created some amusing and awkward scenarios through poor math implementation (I lost like $12 one time, I was pretty angry).

However, I’m sure that’s nothing compared to how upset one particular bot operator is going to be when he wakes up and sees what happened on the BTC-e EUR markets. I’m sure the owner of the bot (who definitely had it working with >$50,000 in capital) lost the majority of their funds. I empathize with them, but, on the un-empathetic side, it is their fault. I suggest anyone attempting to create or operate a trading bot pay careful attention to events like this.

The message is simple: robots are stupid. They only do what you tell them to. So if you’re going to give a robot a bunch of money and toss it into a high-risk environment, you had better be EXTREMELY certain you have given it instructions to appropriately handle all possible situations.

As always, thanks for reading.