Ripple announced Monday it has opened an office in Luxembourg.

The launch is part of the distributed financial technology company’s growing presence in Europe, following the opening of its London headquarters a few months ago.

Evan Schwartz, engineer and co-architect of the Interledger Protocol (ILP), will relocate to Luxembourg to manage this office and lead staff recruitment in the coming months, said a Ripple blog post.

The company said the expansion means it will continue to invest in advancing industry standardizing of ILP, the open, neural protocol that makes payments across various ledgers and networks instant and atomic (irreducible). It said Luxembourg has a strong global reputation for neutrality is welcoming new financial technologies to modernize its banking system. 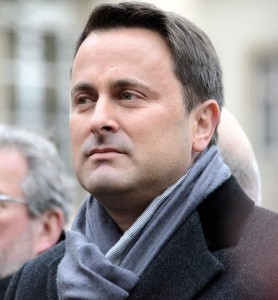 Luxembourg Prime Minister Xavier Bettel paid a visit to Ripple’s San Francisco head office in February 2015. He said at the time his country has always been innovative, making it one of the world’s leading banking centers, and that the “IT sector is a key element of our strategy and fintech holds huge promises for innovation and growth in Luxembourg.”

In April, the country granted bitcoin exchange Bitstamp a national payment institution license, making it the first fully licensed and regulated bitcoin exchange in Europe. The exchange, which had been located in Slovenia, moved its headquarters to Luxembourg.

Ripple said in its blog the majority of its current customers and partners are based in Europe. These include Santander, whose UK division is using Ripple’s distributed ledger technology for a cross-border payments app. Ripple said it continues to observe strong customer interest regionally in cross-currency settlement solutions.