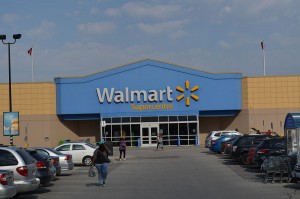 A petition on Change.org is calling on Walmart Canada to accept bitcoin as a form of payment.

The petition, initiated Sunday by William Bugden of Orangeville, Ontario, was spurred by the company’s decision to stop accepting VISA due to “unacceptably high” fees.

In a statement issued June 11, Walmart Canada said it will roll out its new policy in phases across the country, starting in Thunder Bay, Ontario on July 18. The company said it and VISA have been unable to agree on an acceptable fee on VISA transactions.

“Losing VISA as a payment option could affect many people that rely on VISA to pay for items at Walmart,” says the petition, adding that bitcoin “is a great alternative to VISA because of the adoption rate.”

The bitcoin market is currently worth $12 billion USD but the digital currency is difficult to spend, the petition states. “There are many online stores that accept Bitcoin but few stores that take it over the counter, making Bitcoin an untapped market for many retailers. Overall, Bitcoin is an untapped market that could easily replace VISA and has lower fees.”

At the time of this writing, 150 people have signed the petition, which has a goal of 200 supporters.

VISA has shot back at Walmart Canada, criticizing the retailer in an open letter for initiating “a public fight” and for “unfairly dragging millions of Canadian consumers into the middle of a business disagreement that can and should be resolved between our companies.” VISA said it recently offered Walmart one of the lowest rates of any Canadian merchant, but the retailer continues to demand more.

“Visa is committed to doing everything reasonable it can to ensure Canadians can use their cards everywhere they wish to shop – including at Walmart stores,” said the open letter.

Following Walmart Canada’s announcement, the Globe and Mail reported that Walmart Pay, the retailer’s mobile payment app, may come to Canada as early as 2017. (Article is accessible by subscription only).

Reporting on the dispute between VISA and Walmart Canada, the Huffington Post said retailers in the country are largely in Walmart’s camp, pointing to an op-ed penned by Retail Council of Canada president and CEO Diane Brisebois. There is also support for the passing of Bill C-236, a private member’s bill that would give the Canadian government the power to limit credit card fees for merchants. 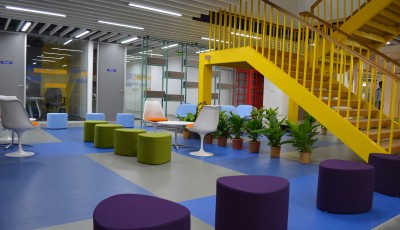