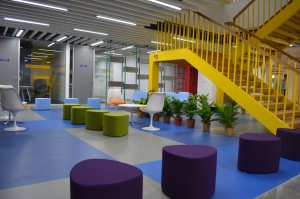 The new center, based in Bangalore, was announced last year with the goal of pushing forward digital commerce around the world. The business center will focus on different aspects of the blockchain and the APIs around their own Visa Developer platform.

“We do two-three things here, including Visa developer platforms, global products, etc. This is not an outsourced centre — there is some very cool developer work that is going on here,” said TR Ramachandran, group country manager for India and South Asia at Visa, in an interview with the Economic Times. In other words, Visa is looking to work with local developers on its projects.

The announcement further demonstrates Visa’s commitment to blockchain technology. Last year, Visa was among the payment companies to invest $30 million in blockchain infrastructure provider Chain. BitPay revealed earlier this month bitcoin debit card that is available in all 50 U.S. states and works at Visa POS systems and ATMs.