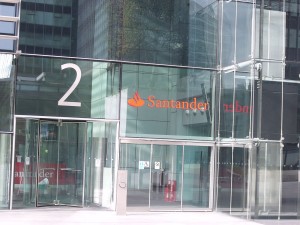 Santander UK, a division of the Spanish retail and commercial bank, announced last week it is introducing blockchain technology for global payments through a new app.

The bank said in a press release it is the first in the UK to use this technology to transfer live international payments. It is leveraging technology provided by distributed payments firm Ripple, in which Santander Innoventures has made an investment.

Santander said it is currently testing the app among staff, with the goal of expanding the technology at a later date.

According to the press release, once users download the app, they must fill out their profile before making payments. The app connects to Apple Pay, with which users can confirm payments securely using Touch ID. Users can make transfers between £10 and £10,000 at any time of day, and payments can be made from the sterling pound to euro and USD. Currently, payments made in euro can be sent to 21 nations, while USD payments are made out to the United States only.

“The need for finance has evolved form providing a physical Pound in your pocket or card in your purse, where you pay at a till, to being seamlessly integrated into a new, always on, connected lifestyle,” said Sigga Sigurdardottir, head of customer and innovation at Santander, in the press release.

She added, “At Santander we work hard to ensure our banking is simple, personal and fair and believe new Blockchain technology will play a transformational role in the way we achieve our goals and better serve our customers by creating more choice and convenience.”

Ripple CEO Chris Larsen said in the release: “Ripple is redefining the way that value moves around the world, and today we’re already enabling real-time, affordable international settlement between banks who have adopted our solutions. As an early adopter and pioneer in the banking industry, Santander is the first bank in the world to transfer real funds externally. In doing so, they are creating a new, exemplary standard of service.”

In early April, Boston-based fintech firm Circle launched support for the sterling pound on its social payments app. Supported by a partnership with Barclays, Circle’s UK entrance allows consumers in the UK and the U.S. to send each other pounds and dollars back and forth instantly with no fees.