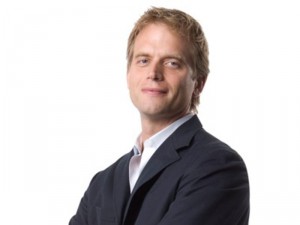 The author of “Penny Stocks for Dummies”, Peter Leeds, speaks out about bitcoin and other digital currencies in circulation. A publisher of a newsletter focusing on risky investments, Leeds believes that it is unlikely that bitcoin will ever get better from the downfall of MtGox. Additionally, he imagines that the value of the bitcoin will fall down to $300.

“It’s more likely that someone getting involved in bitcoin at this point of the game is going to lose.” he said commenting on the digital currency.

With the unfolding of events surrounding MtGox, critics of the digital currencies are coming out of the woodwork.

“There are all sorts of problems inherent with bitcoin that are just now coming to light,” said Leeds.

Oddly enough, he does not state what the specific “inherent” problems with bitcoin are.

“The problems were worst with MtGox, but they’re prevalent all over the entire culture of digital currency. There have been over 30 different thefts of Bitcoin to the tune of over $1 million each time, and none of this money can be recovered,” Leeds announced to Boston’s CBS Local News.

Mr. Leeds makes it sound all that simple to apparently hack Bitcoin. Which sort of sounds a lot like what Mark Karpeles of MtGox said when blaming the bitcoin protocol to cover his own shortcomings in mismanagement of his own exchange.

In a response to MtGox’s accusation, Gavin Andresen, Lead Developer of the Bitcoin protocol issued statement saying “The issues that Mt.Gox has been experiencing are due to an unfortunate interaction between Mt.Gox’s implementation of their highly customized wallet software, their customer support procedures, and their unpreparedness for transaction malleability, a technical detail that allows changes to the way transactions are identified.”

“Bitcoin won’t disappear,” Leeds further stated. “It will be around, but in a much more muted form.” Digital currency users would probably beg to differ with Leeds. Even though, bitcoin has received many hits this past month, it is still holding strong and continues to thrive in places.

“The problem is, if you have a pile of dirt, and the pile of dirt doubles in price, you’re looking pretty good. You’re thinking you’re a good investor, you tell your friends about it, and maybe they think they should buy a pile of dirt, too. But what are you holding? You’re holding a pile of dirt, and I think that’s when reality kicks in.” Leeds makes it seem as if digital currency is based on whims and can be demolished at any given time. This happens to be a very incorrect understanding. Bitcoin is based on an entire functional system backed by its fundamentals of de-centralization and a limited quantity of coins.

Leeds believes that there is no way of keeping track of bitcoin quantity and no way of ever confirming the how many bitcoins were ever mined. He says “The concept is there are only 21,000,000 Bitcoin that will ever be created, but there’s no way to verify that. When you rob a bank and you get away with it, you’re going to rob another one. So far, there have been a lot of robberies, and there is no possible way to recover these funds.”

Leeds does not seem to have done his research properly. All the bitcoins to have ever been mined or spent or are in circulation are recorded in the public ledger.

Perhaps Leeds should look further into the intricacies of bitcoin and digital currencies at large. It seems that he just happens to be another one who is misinformed about bitcoin and certainly one who has his biases. Perhaps Mr. Leeds is confusing Treasury bonds with Bitcoins when speaking of its ‘worth’.

Coinreport invites Peter Leeds to read Coin 101 articles on this website to gain more insight into what bitcoin is all about.

Singapore gets its First Bitcoin ATM