Singapore gets its First Bitcoin ATM 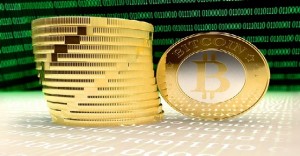 Singapore gets its first Bitcoin ATM

According to Businessweek, a few days after Mt. Gox shut down amid crisis; Tembusu Terminals Pte has installed Singapore’s first Bitcoin ATM. The ATM was set up at a bar called “the Spiffy Dapper” in the Boat Quay district.

Tembusu has said that it’s in talks with other merchants who accept Bitcoin about setting up its ATMs in their locations. Singapore’s finance minister had said that its central bank does not accept Bitcoin as legal tender and has warned people against using the digital currency. Six days after this statement, Tembusu decided to make the announcement that they are installing ATMs.

Details of the Singapore Bitcoin ATM

According to the statement, Singapore’s Bitcoin ATM can perhaps offer cash dispensing and has pretty spiffy, but also invasive features. Thumb-print and identity scanning can possibly become a part of the ATM in addition to local anti-money laundering requirements.

John Lim, an external spokesperson for the Association of Banks in Singapore said as much that the association was aware, there aren’t any Bitcoin ATMs in the city. In addition, Bitcoin is not regulated by the Monetary Authority of Singapore (MAS). However, the organization has been warning people and companies to be careful about dealing with digital currencies. Finance Minister Tharman Shanmugaratnam said in Parliament on February 21 that MAS has

“Been advising individuals and businesses to think twice and be cautious about accepting or dealing in virtual currencies.”

Singapore’s Bitcoin ATM has launched today alongside Hong Kong-based ANXBTC’s ATM. ANXBTC’s ATM will be the first store in the city that will allow people to buy bitcoins in person.

“I am sure all of us would agree that it has been an exciting, and some would even say trying, past few weeks for Bitcoin users worldwide.”

Yes, it definitely has been an exciting week, especially with Mt. Gox’s demise and call for bankruptcy. Kristof called this ordeal a “roller-coaster ride”, similar to how Bobby Lee of BTC China called Bitcoin a “wild ride.”

Mt. Gox, the world’s ex-largest Bitcoin exchange went offline on February 25 after a series of unfortunate and miscalculated events. In fact, Mt. Gox has allegedly lost 750,000 of its customers’ bitcoins, which are worth around $420 million currently, and 100,000 of its own. This was apparently the result of theft that “went unnoticed for several years.” Mt. Gox still has a remaining debt of $63.6 million and has filed for bankruptcy protection.

Regardless of Mt. Gox’s demise, the fact that  Tembusu has installed the first Bitcoin ATM in Singapore is good news. It shows that the demand for Bitcoin is resilient. Even if it stumbles along the way, Bitcoin has the chance of ending up victorious.