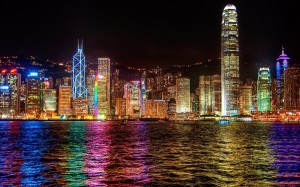 After BTC China reopened, it has taken no time at all for Bitcoin enthusiasts to jump back into the realm of the digital currency On February 28, Hong Kong will become home to the first offline Bitcoin counter in a money exchange shop.

Asia Nexgen Bitcoin Exchange (ANXBTC) has launched the offline Bitcoin store. It might seem a bit strange to have an offline setting for Bitcoin trading since all of the good stuff happens online. However, it is a good move into spreading awareness for the digital currency.

Lo Ken-bon, ANXBTC’s CEO told the South China Morning Post that one of the biggest issues Bitcoin enthusiasts face in Hong Kong is that they can’t get a hold of the virtual currency. He says,

“So far, people have to put money in and trade it through an online exchange. Now, you can walk into the store, hand over your cash, and send the bitcoins to your digital wallet.”

This definitely makes it easier for people to have access to Bitcoin. In addition, having an offline Bitcoin counter will help make the digital currency seem more “real” to people.

Buying from the Offline Bitcoin Counter

To buy bitcoins from the exchange shop, a buyer will have to confirm his/her identity and give their address. This is required to meet the anti-money laundering regulations. Lo Ken-bon said,

“People came up to our office asking to deposit cash for bitcoin, so we decided to streamline the process. It’s an extension to our online exchange business.”

The South China Morning Post has reported that Hong Kong’s Customs and Excise Department is assessing which government body should investigate Bitcoin regulation. However, at the moment, Hong Kong hasn’t taken a drastic approach to the digital currency yet. Regardless, the offline Bitcoin counter will be opening even with Hong Kong’s uncertain regulatory view on Bitcoin.

In addition to this, Hong Kong sees Bitcoin and other digital currencies as commodities. Thus, within the shop, money exchange will not be done. In fact, ANXBTC will operate its shop as a vending machine. This means that people can buy Bitcoin, but they cannot sell their coins or ask for a money exchange. In addition, the first Bitcoin ATMs coming to Hong Kong are also being referred to as vending machines.