Recently posted news on CoinReport discussed the rising popularity of the AMD graphic cards, the Radeon R9 290X. Well folks, the graphics cards are so much in demand that they are becoming hard to find. 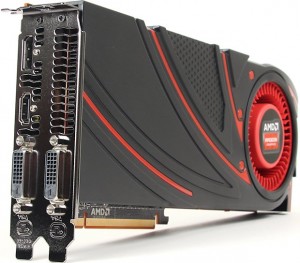 A well-known PC digital store, Newegg, had completely sold out its supply of the graphic cards. At the same time, third party sellers on Amazon are offering the cards at inflated prices as the supply has been fallen dramatically.

The AMD graphic cards, R9 290X, were designed to present PC gamers with an unparalleled graphical powers. This particular model of the card was in direct competition with NVIDIA’s Geforce GTX780.

Ironically enough, instead of the cards being in high demand from the PC gamers; it has become the craze of the cryptocurrency community. The goal of AMD was to pave for itself a path to become known in the graphic card world. With this new development, it seems that this might be a difficult endeavor to achieve.

Even though the graphic cards were designed for PC gaming, most of the current usage of the cards is by the digital currency miners. The production of digital currency occurs through the process known as ‘mining.’ Simply put, mining occurs through using computer systems to solve a series of complex math problems that become harder and harder over time to solve. To make this process become a reality, faster working computers with high quality parts are better at mining than slower computers with less quality parts. The AMD’s high functioning graphic cards are better suited for this purpose. They are able to produce more coins in a shorter period of time.

IBuyPower, a company specializing in building custom made PC gaming parts, revealed a new PC specifically for the cryptocurrency miners. It came installed with the AMD graphic cards.

Some suggest that for short term purposes, this is great for AMD. But, at the same time, it is being said that for long term purposes, AMD would lose out… possibly. Meaning that currently coins need to be mined so mining is for them is still functional. But, when all the coins have been mined, then what will become of the demand for the AMD graphic cards.

With the high demand of the cryptocurrency community, lack of AMD graphic cards might prove painful for the company. PC gamers are likely to turn to other options for their needs. With that in mind, NVIDIA graphic cards could have a large chance of profiting from this endeavor.