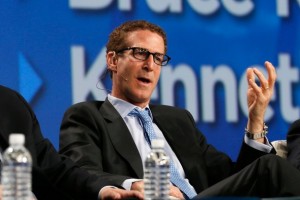 Would you believe that a shoe maker knows more about fixing clothes than a tailor? Apparently, Bruce Richards of Marathon Asset Management would, as he, who doesn’t know what Bitcoin is, was seen on Bloomberg Television’s “Market Makers” explaining what Bitcoin is and how he feels about it.

After seeing the interview, it is clear that Bruce Richards doesn’t know much about Bitcoin. In fact, Richards deems Bitcoin as a fraud, and even a ponzi scheme. Besides spouting out biased and clearly wrong information about Bitcoin, Richards also does not seem to understand what a Ponzi scheme is.

On how Bitcoin is made and traded with, Richards says in the segment,

“You can create it out of thin air just by programming algorithms and it’s created and people trade it…people think that businesses and people want to throw it value.”

It sure sounds like someone didn’t do their homework on Bitcoin. What Richards fails to understand is that Bitcoin is created through the lovely system called Bitcoin mining. Bitcoin is not just created, computers have to solve mathematical equations in order to verify a transaction into the blockchain. This process rewards miners with Bitcoin, and also processes transactions into the public ledger. There is a whole system behind Bitcoin that is the driving force which Richards doesn’t get.

Richards Deems Bitcoin as a Ponzi Scheme and Fraud

A Ponzi scheme, is a scam in which the early adopters profit off of late adopters. The public is lured by the promise of getting high returns in a short amount of time. However, in reality, the inflow of cash within a Ponzi scheme comes from late adopters who invest into the scam. At the end, once there are no more new investors, or the inflow of cash is less than the outflow, the entire scheme falls. Once this happens, it cannot start again.

Bitcoin is clearly not a Ponzi scheme. Why? Bitcoin does not make any promises what so ever. Unlike a Ponzi scheme in which people are guaranteed high returns, Bitcoin makes no such guarantees. In addition, there is no central authority controlling the digital currency.

Concluding his ridiculous jargon, Richards deems Bitcoin as a fad. He says,

“I believe it’s a fad. I believe it will go away. What you see on the exchange is the first evidence of that.”

Again, Richards is misinformed. Sure, Mt. Gox has fallen, but Bitcoin is still here. Enthusiasts would even argue that it is here to stay. In fact, Bitcoin’s value has increased from yesterday’s low of $400 to today’s high of just over $610 on Bitstamp exchange.

So, Bruce Richards, as you can see, doesn’t really know what is happening with Bitcoin. He is clearly biased and his words are clouded with contempt for the digital currency. As such, we leave it up to our readers to decide if believing what Richards has been saying about the digital currency, Bitcoin, is the way to go. 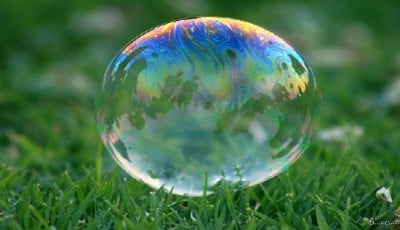