The co-founder of Liberty Reserve, a Costa Rican-based digital currency company, was sentenced Friday to 20 years in prison in relation to a money laundering scheme.

Having plead guilty back in January to conspiracy to commit money laundering, the 42-year-old Budovsky was also ordered to forfeit $122 million and fined $500,000, said Reuters.

CNNMoney reported that for seven years beginning in 2006, anyone could use Liberty Reserve’s website to transfer money with minimal oversight. The company became a cash haven for credit-card traffickers and identity thieves.

According to a federal indictment, said CNNMoney, Liberty Reserve had at its height more than one million customers worldwide, including 200,000 in the U.S. The operation processed 12 million transactions annually.

Reporting on the sentencing, the Wall Street Journal said that, according to the government, Liberty Reserve processed more than $8 billion worth of transactions for more than 5.5 million user accounts worldwide. For American accounts, Arthur Budovsky admitted to laundering at least $250 million in criminal proceeds, said the newspaper.

According to Reuters, prosecutors said of $7.26 billion in transactions by Liberty Reserve’s top 500 accounts, $2.6 million were for investment opportunities, mostly Ponzi schemes.

Budovksy and Vladimir Kats co-founded Liberty exchange in 2005, a year before they were convicted for illegally operating a digital currency exchange called GoldAge. CNNMoney reported that according to the U.S. government, the pair moved to Costa Rica after their arrests to avoid American law enforcement. Budovsky then renounced his American citizenship to become a Costa Rican citizen.

U.S. investigators took over the Liberty Reserve website in 2013 and shuttered it, CNNMoney reported. The following year, Budovsky and several co-workers were detained in Spain. Budovsky was then extradited to the U.S. to face trial.

After the government closed the website, prosecutors said anyone who used Liberty Reserve for legitimate purposes could recoup their money, reported the Wall Street Journal. Out of 5.5 million user accounts, only 50 people came forward, said prosecutors.

The newspaper reported that John Kaley, Budovsky’s lawyer, had asked for leniency, citing his client’s age and deteriorating health. Reuters said Kaley had argued for fewer than 15 years in prison.

The Wall Street Journal said Judge Cote criticized Budovsky, who didn’t make a statement in court, for seeming to have no remorse, noting that his defense team in court documents attempted to place blame on his co-conspirators and even the victims.

Four other defendants have entered guilty pleas related to the Liberty Reserve case, said the Wall Street Journal. Among them is Kats, who is slated to be sentenced this week, said Reuters. 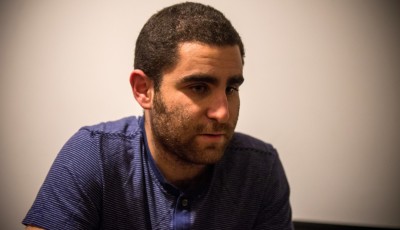