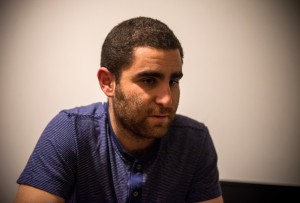 On Friday, Charlie Shrem was sentenced to two years in prison for indirectly helping to transfer $1 million in Bitcoins to the online black-market bazaar Silk Road, report several media outlets.

US District Judge Jed Rakoff also ordered Shrem – a former vice chairman of the Bitcoin Foundation and former CEO of the now-defunct exchange BitInstant – to forfeit $950,000 after pleading guilty in September to aiding and abetting an unlicensed money transmitting operation, reported Reuters.

According to the news agency, Rakoff said the 25-year-old Shrem was not “some kid making a one-time mistake,” but someone who “excitedly” took part in a novel crime that involved Bitcoins contributing to drug sales. “The very innovativeness of it made it a danger of controlling drug trafficking.”

Reuters reported that Shrem faced up to five years in prison, and the court’s probation office had recommended a 57-month sentence. Shrem’s lawyer argued for probation, stating that the case had already sent a message to the Bitcoin community.

“I screwed up,” Shrem told the judge in court, as reported by Bloomberg. “The bitcoin community, they’re scared and there is no money laundering going on any more. They’re terrified. Bitcoin is my baby, it’s my whole world and my whole life, it’s what I was put on this earth to do. I need to be out there. If your honor grants me that, I can be out there in the world, making sure that people don’t do the same stupid things that I did.”

Shrem’s case is part of a crackdown by Manhattan US Attorney Preet Bharara on Silk Road, having charged Ross Ulbricht with running the black-market bazaar under the alias “Dread Pirate Roberts.” Ulbricht, who pleaded not guilty, is scheduled to go to trial next month, Bloomberg reported.

Prosecutors said Shrem worked with Silk Road dealer Robert Faiella, known by his online alias “BTCKing,” who has plead guilty to operating an unlicensed money-transmitting business that knowingly transferred funds to a criminal enterprise, reported USA Today. According to court papers, said the newspaper, Shrem personally processed Faiella’s orders and gave him volume discounts. Faiella will be sentenced on January 20.

Listen to Ben Horowitz explain why Bitcoin is valuable