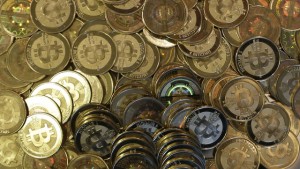 Today, the United States government started the final auction for bitcoin seized during the prosecution of Silk Road founder Ross Ulbricht. Yahoo News reports the auction began at 8:00 a.m. Eastern Time. Over 44,000 bitcoins are up for auction, consisting of 21 blocks of 2,000 bitcoins and one block of 2,341. Bidding takes place today and winners will be notified tomorrow.

Launched in 2011, Silk Road was an online black market site used to sell illegal drugs among other illegal and legal products (In March 2013, the site had 10,000 products for sale by vendors, 70% of which were drugs). Ulbricht, who ran Silk Road under the alias “Dread Pirate Roberts,” was sentenced to life in prison this May. Charges included drug trafficking, money laundering and engaging in a continuing criminal enterprise.

An earlier CoinDesk article confirmed that Tim Draper, partner of Draper Fisher Jurvetson, will not be participating in today’s auction. Draper was the sole winner of the near 30,000 bitcoins from the first auction held in June of last year. Other winners include Digital Currency Group founder Barry Silbert and the bitcoin exchange ItBit.

CoinDesk confirmed that today’s auction participants include Binary Financial and Genesis Trading. Cameron and Tyler Winklevoss, founders of Gemini bitcoin exchange, confirmed they will not be participating.

At the time of this article, bitcoin price dropped from their earlier week high to around $390. This means the market value of the bitcoin up for auction is more than $17 million.