Voxelus, the world’s first end-to-end virtual reality (VR) content creation platform and marketplace, announced in a press release sent to CoinReport, that it had completed the private pre-sale of its (and world’s first) in-game cryptocurrency, voxel (VOX), selling a total of 1.2 million voxels for a total of 1,022 BTC ($350,000 USD at the close of the pre-sale), an amount that is the largest ever raised in private crowdsale of a cryptographic token. According to the release, voxel moved into a 30-day public crowdsale period following the end of the pre-sale.

Founded in 2015, Voxelus allows anyone to create virtual reality games, experiences and virtual spaces without writing a line of code. The platform consists of Voxelus Creator, a 3D design app for PC and Mac; Voxelus Viewer, which works on desktop PCs, Oculus Rift and Samsung VR devices; and the Voxelus Marketplace, which allows creators to sell and users to buy VR content and games for the Voxelus ecosystem, using the unique voxel in-game cryptocurrency. 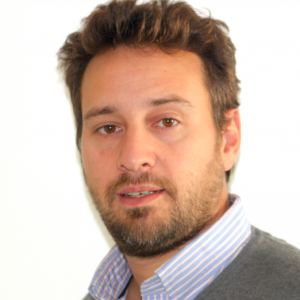 “Voxelus allows the 2.5 billion people in the world who have no bank account but have a mobile phone to create, buy and sell virtual reality content, and it’s just as easy for people in developed countries as well,” said Martin Repetto, CEO and co-founder of Voxelus, in the press release. “This explosion of inexpensive, globally accessible content will help speed the adoption of VR globally.”

Before this new crypto pre-sale record by Voxelus, Swarm, which sold $250,000 of its tokens privately before selling a total of $1 million in the combined private-public crowdsale, held the record. The all-time record for a public crowdsale of a cryptographic token was last summer’s Ethereum crowdsale, which raised 31,529 BTC across a 42-day public crowdsale (valued at $18.4 million at the time). Voxelus said that the vast majority of orders in the pre-sale had come in the final 48 hours following in-person presentations to industry leaders at the Money 20/20 and Bitcoin Investor conferences last week.

Voxelus said that voxel’s public crowdsale, which is taking place at sale.voxelus.com and will last 30 days, will sell up to the remaining 30.3 million tokens it has made available for the crowdsale. The schedule for the public crowdsale is as follows (all days schedules begin at 9 am PST and end at 8:59 am PST):

15 percent (31.5 million) of all possible voxels, said Voxelus, will be sold during this time, while the remaining 85 percent will be released over the next 20 years and will be used for development, content creator bounties, marketing and other corporate purposes.

“Voxelus will offer a revenue share with content creators, 20,000 of whom have downloaded the creator software. Given the high cost of production prior to Voxelus and current paucity of available content, Voxelus co-founder and CEO Martin Repetto predicts that the Voxelus platform will quickly become the repository for the majority of the world’s VR content, including games,” said Voxelus in the press release.