The world’s first end-to-end virtual reality (VR) content creation platform Voxelus will launch the largest marketplace for VR assets and games in the first quarter of 2016, accepting only cryptographically secure in-game tokens called “voxels” for all purchases, said Martin Repetto, CEO and co-founder of Argentina-based Voxelus, in a press release sent to CoinReport.

Voxelus is a platform that allows anyone to create virtual reality games, experiences and virtual spaces without writing a line of code. The platform consists of Voxelus Creator, a 3D design app for PC and Mac; Voxelus Viewer, which works on desktop PCs, Oculus Rift and Samsung VR devices; and the Voxelus Marketplace, which will allow creators to sell and user to buy VR content and games for the Voxelus ecosystem, using the unique voxel in-game cryptocurrency.

Voxelus made its debut three weeks ago at Oculus Connect and has had over 20,000 downloads of its Creator software since then. The number of downloads is impressive considering the current size of the VR industry, in which the Samsung Gear VR innovation edition at $299 has not sold well, and the Oculus Rift is still to release a consumer version of its product.

Analysts anticipate explosive growth in this sector, with a projected 55 million consumer VR devices shipping by 2020.

The in-game tokens, Voxels, which Voxelus calls the “coin of the realm,” can be used to purchase any of the thousands of immersive worlds, games, animations and digital assets that will initially be, along with tens of thousands of free assets to help creators build their own games and worlds, for sale at the Voxelus marketplace. The platform will offer a revenue share with these creators. 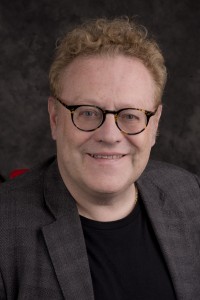 “We believe we are entering a new age of cryptocurrency. In years past, one created a thematic coin and simply hoped people would use it to buy whatever the coin was named for (e.g., potcoin). With voxel, the token is secured by the content in the network, which will always be the only way one can buy VR content in what is fast becoming the largest platform for creating it, as well as being efficiently exchangeable for other assets.”

Repetto predicted that the Voxelus platform will quickly become the repository for the majority of the world’s virtual reality content, including games, because of the high cost of production and current paucity of available content.

About the availability of voxels, Voxelus said in the press release, “[they] will initially be made available in a private pre-sale to strategic partners and cryptocurrency investors beginning today with a 100,000 voxel minimum.”

The press release added, “The public crowdsale begins Monday, November 2, at sale.voxelus.com with a minimum order of 100 voxels (about $25-30, depending on the date purchased).” Continuing to say “The private presale will offer 1200 voxels per bitcoin, while the public presale will begin with a 24-hour crowdsale of 1000 voxels per bitcoin, followed by three time-based tranches of 900, 800 and 750 voxels per bitcoin until 30 days or 31.5 million voxels are sold. The crowdsale represents 15 percent of the 210 million voxels that will be issued over time at a rate that Voxelus will control over the next two decades, making sure that it never sells tokens below the highest price paid in the crowdsale.”

Halsey Minor, chairman and co-founder of Voxelus and chairman and founder of Uphold (formerly Bitreserve) also announced in the press release that Uphold will support the voxel as one of only two cryptocurrencies pegged to its basket of traditional assets like gold and fiat currencies.

“Combining voxel as an in-game cryptocurrency with Uphold as a way to seamlessly transfer value in between dollars, euros, gold, bitcoin or virtual assets and games denominated in voxel means one no longer has border restrictions or banking time lag as an impediment to an explosion of user-generated VR content that can be monetized globally from day one.”

Following the crowdsale, the voxel will join 24 other currencies and Bitcoin that members can move, convert, hold, transact and spend just like any of the fiat currencies supported.

About 22 percent of the world’s publicly traded Bitcoin has been transacted on Uphold’s platform in less than 11 months, making Uphold one of the world’s largest digital currency companies. The voxel will be the only cryptocurrency other than Bitcoin supported by Uphold.

On October 14, Uphold announced that consumers, businesses and charities could now fund their accounts with the company in many ways including credit card, bank transfer and Bitcoin, which will give the voxel equivalent functionality to Bitcoin on its platform and uniquely accessible to people around the world.

“Early in my career, I was influenced by the visions of writers such as Neal Stephenson in books like Snow Crash that envisioned worlds with both virtual money and virtual reality,” said Minor in the press release. “Making science fiction science fact is the kind of thing every entrepreneur lives for. By giving the voxel functionality equal to bitcoin while serving the ecosystem of the leading virtual reality gaming platform represents a remarkable technical achievement and reflects the maturity of both the Voxelus and Uphold platforms.”

The press release also said that unlike many cryptocurrencies which have crowdsales to raise money to build their token, the voxel platform is already substantially complete, including wallets and internal mining pools, and will have its early distribution of voxel tokens after the crowdsale.