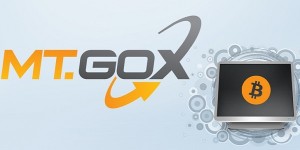 According to John Betts, creditors who own over 70% of MtGox’s lost bitcoins have agreed to Sunlot Holdings’ proposition of buying and reviving the fallen Bitcoin exchange. They feel it is a better alternative than having a Japanese court liquidate MtGox.

In order for this plan to go through, the acquisition has to be approved by a Japanese bankruptcy court. Last week, MtGox said that the Tokyo District Court allowed it to get rid of a rehabilitation plan and the ex-Bitcoin exchange expects to be liquidated.

Brock Pierce, who leads Sunlot Holdings, and Matthew Roszak and William Quigley, have come to the agreement of buying a 12% stake in Mt.Gox from the founder Jed McCaleb. McCaleb had sold the rest of MtGox to Mark Karpeles back in 2011.

“Where possible they should form a block with other creditors to give them a better standing with the court and make it easier for us to communicate with them.”

From the buyout, creditors can receive payouts from the 200,000 bitcoins that were found in a lost MtGox wallet. MtGox initially claimed to have lost 850,000 bitcoins from supposed hack attacks. However, it soon found 200,000 bitcoins in an old-formatted wallet. John Betts said,

“This is about bitcoin and preserving the value of the bitcoin ecosystem.This is our collective opportunity to demonstrate the commitment of [the bitcoin] community, that we don’t need government bailouts and that the community is self-healing.”