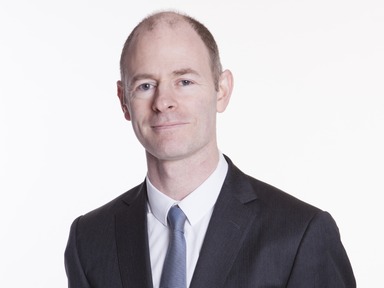 Candidate Ossian Smyth is running for Ireland’s Dun Laoghaire Green Party for next month’s elections. He is the first Irish politician to accept bitcoin donations for his campaign.

Ossian Smyth feels the digital currency has the potential to transform politics on the island.

He is an IT consultant, and has worked with both Microsoft and Citibank. Smyth is currently employed at St. Vincent’s Hospital, and mentors at the CoderDojo in Dun Laoghaire.

Additionally, Smyth is the internet spokesperson and representative of communications, energy and natural resources for the Green Party.

Smyth feels that even with all of the negative press surrounding bitcoin, its transparency can bring transparency to politics. The candidate stated:

“I think it is one of the most transparent ways of receiving donations. No one would know how much money can be donated into a bank account, but with bitcoin anyone can go to the block chain and look at the wallet. Over the next six weeks, the public will be able to see every transaction using Blockchain.info“

He added that under existing regulations, he is allowed to raise up to 30 bitcoins during his campaign. Smyth’s goal has targeted to raise 15 bitcoins on his campaign page.

Smyth’s concept of bitcoin is that it is more of a commodity than a currency. By accepting bitcoin, Smyth hopes to gain the votes of those who have the same beliefs as he; those beliefs being that the government should become transparent. He also hopes of getting the votes of the tech savvy population. He says:

“I know from my mentorship at CoderDojo many of the parents of the coders work in IT and finance, and many of those are likely to be interested in causes like transparency.”

Politicians are attracted to bitcoin in that it provides a useful tool in terms of one-upping the competition. Other political figures such as Representative of Texas Steve Stockman and Texas Attorney General Greg Abbott, have used the digital currency to welcome campaign donations.

Stockman accepted bitcoin to try and defeat John Cornyn for Senate, but ultimately lost. Abbott is continuing to welcome bitcoin in the race to become governor of Texas. His campaign will last throughout election day, this November 4th.

Political heads understand that bitcoin and the support of the bitcoin community can help sway victory in their favor.