An interview with TNABC producer and BitPay director Moe Levin 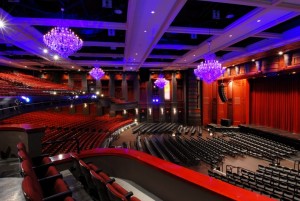 TNABC held its inaugural event in 2012, which drew 100 delegates. Its 2014 event welcomed more than 2,000 visitors from 40 nations. The conference attributes this growth “to our attendees’ unwavering enthusiasm amplified with the best speakers in world.”

Speakers at this year’s event include:

Topics covered at various panels this weekend include regulation, mining, and venture capital. TNABC has partnered with Pantera Capital, an investment firm focused exclusively on digital currency, to host a Startup Stage, where startups have the opportunity to present their ideas to their peers and in front of a panel of industry experts.

TNABC also has a dedicated mobile app, available at Google Play and Apple’s App Store, with which users can explore sessions; create a personal schedule; access interactive maps; check-in to sessions, meetings, keynotes, and exhibitor booths; view an entire feed of conference activity; and expand their professional network. Delegates are encouraged to use the hashtag #btcparty on social media during the conference.

“More than ever before, TNABC comes at a crucial time,” says the conference’s website. “In the last six months the currency has experienced both the good and bad sides of the limelight: whilst it has dramatically increased in visibility and gained a rising acceptance with vendors and shoppers, there has been more regulatory scrutiny and wild fluctuations in value [most recently, the price of Bitcoin dipped below $200 US]. It’s at this time, more than ever before, that the Bitcoin community is needed to ensure a prosperous and well-balanced future for the currency and technology.”

TNABC is produced by Moe Levin, who is the Director of European Business Development at BitPay. In an interview with CoinReport, Levin said that producing this event is “chaotic.” There are a lot of moving parts into producing a conference, he said; getting the right speakers is key, as that is why people attend the event. After getting the right speakers, organizers can start driving the marketing campaign and sales strategy and seek sponsorship, trickling down to hotel bookings and setting the agenda.

“It’s somewhere between a conference and a party,” said Levin about TNABC. The event is a community-oriented one, he said, a celebration of Bitcoin rather than some sort of anti-money laundering event. “It’s more of a fun and exciting event for everybody to go to and celebrate all the work they have done.” 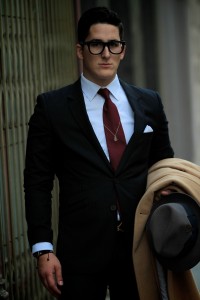 “Europeans are used to having more than one currency, so the concept of Bitcoin is not foreign to them…But the Americans have the US dollar and maybe PayPal they’re getting used to but it takes a lot more warming up to the idea of different prospective currencies than it does in Europe, so the reception there is a lot warmer.”

Europe is a fast-growing market, and BitPay, whose European headquarters is located in Amsterdam, is taking that region very seriously.

“We’ve have hired people that understand the local market, that can work in different languages, different cultural sensitivities, and different environments, so having an office in Amsterdam allows us to leverage everybody’s unique skills in Europe rather than do some satellite operations from America to Europe.”

Last spring, BitPay announced the opening of its Amsterdam location, later moving into a bigger space in September. When the initial location was announced, along with his hiring, Levin said that “being Bitcoin ready is about more than accepting bitcoin, it’s about being ready for the future.”

Asked to elaborate on his statement, Levin told CoinReport:

“Being ready for the future means all the new innovations that are happening with Bitcoin and the protocol and the payment protocol. We need to be aware and on top in being market leaders and understanding what’s happening in the ecosystem and what’s changing and how to integrate it, what we should keep, what we shouldn’t. We need to be, at all times, with our finger on the pulse of what’s happening in Bitcoin. It isn’t just about accepting Bitcoin, it’s about understanding how all these part play together like an elaborate wristwatch to find out what are the different cogs that are making Bitcoin work and tick, how to make it work smoother, better, faster.”

Born in Toronto, Levin has a Bachelor of Science degree in Psychology from Harvard University, along with a Certificate in Clinical Leadership from Toronto’s York University Schulich School of Business and a Micro Expression Training Certificate from Paul Ekman Group. Levin spoke to CoinReport about the value his education has added to his work in the Bitcoin industry:

“I think anybody that has studied psychology has a better understanding of how people work and how people learn, act, react, respond, so Bitcoin…has been an education game. Educating people about Bitcoin takes sort of a sensitivity to the other people in the room and how they’ll respond and react to what you have to say…If you can be sensitive to that and understand what they’re looking for, what they’re interested in and be able to answer that, you’re able to spread knowledge about Bitcoin easier.”

Side view of empty theater – via btcmiami.com