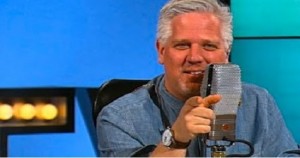 Glenn Beck Says “I Would Absolutely Invest in Bitcoin”

Glenn Beck stated during the second half of the broadcast of his radio show on May 5, 2014 that he “would absolutely invest in bitcoin.” Calling it “completely untraditional” and “intriguing”, Beck reveals his interest in the digital currency.

New bitcoins are obtained through the process known as mining. Beck did not really know what mining is or how it works. The issue of mining has been covered here before on CoinReport, so check it out here. In short, effective bitcoin mining is done with specialized computer hardware known as ASIC. Another issue that appeared to have confused Beck was the amount of bitcoin in circulation. To clarify, there will be only 21 million bitcoins ever to be mined and in circulation when mining for the coins has been completed.

Beck brought up the issue of computer hacking taking place in the cyberworld where digital currency is concerned. He expressed hesitancy over how safe your digital coins are in the cyberworld. At the same time he admitted, that any other form of currency has its security problem as well. For example, with the dollar, there’s counterfeiting, money laundering, theft, etc. Just with any other form of currency, we should be responsible and accountable individuals, it is the same with digital currency.

After revealing that he would invest in bitcoin with such surety, he does not appear to be investing in the new rising phenomenon, yet.

A great way to segue further into the intricacies of the digital currency would be for Glenn Beck to invite someone who has knowledge about bitcoin onto his radio show. Questions and concerns can be put forth to that individual about digital currency and how it functions. This will give insight to everyone, including the hosts about the workings of the coin.