The competition entails traders generating the most profit by using bitcoin. Each trader is given a free account with 100 competition bitcoins that can be used to trade ETFs, futures contracts and over 200 US and UK stocks.

The competition awards the most profitable trader across four categories: currency, futures, stock and overall. Winners will receive free trading accounts pre-loaded with enough bitcoin collateral to trade $8,000 (£5,700) of stock.

“It gives us a good way to connect directly with people using the service and gives us a lot of feedback. Bitcoin traders are not shy about stating [their] opinions and we want to learn about our clients and how they use our services.”

Terman went on to explain how the competition helps with their upcoming Start Trader Tracker program:

“The other main reason we do [the competition] on top of the fun aspect is [that] we want to identify people who know how to make a profit market trading. Why? In a few months’ time we will be launching the Star Trader Tracker program. This service is designed for people that want to generate a return from their bitcoins but they don’t have the ability to trade themselves. Star traders will be able to publish their live track records to attract followers who will ‘track’ their trading accounts. When a Star Trader places a trade, their trackers will have the same trade placed in the market at the same time. The trader can charge a performance fee which they will automatically receive when they make a profit for their tracking clients. The Star Trader doesn’t have to do anything except concentrate on making a profit, the trades will be automatically placed for their clients, and the tracking clients (who hold bitcoins) can choose to track more than one trader and decide how they want their portfolio split up. Our proprietary software will do this for them.”

“We will market this service to bring bitcoin holders who want to generate a return from their bitcoins onto the service. The traders will be able to publish their bio, picture (if they want), charts of their performance in an effort to attract clients to follow or track them. The Fantastic Four Competition will bring profitable traders to our attention and may result in us inviting them to join the service. We hope this will appeal not only to professional traders but to people that may be interested in developing a trading career but lack formal trading experience.”

The Fantastic Four Competition has seen a good deal of attention. As of last evening, there were 1533 traders registered to take part in the competition before it begins on April 4th.

“We will publish the daily winners on Facebook and Twitter,” said Terman. “We’ll also be hosting a discussion on twitter between the traders who want to raise questions or discuss strategy.” 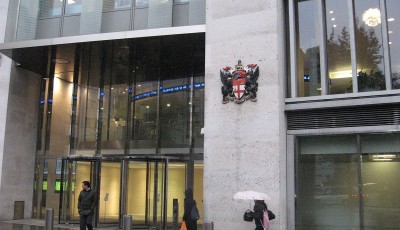