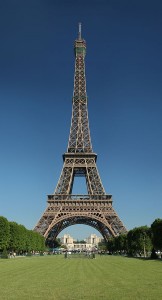 Stratumn, a Paris-based startup that develops platform-as-a-service for developers interested in the blockchain, has raised €600,000 ($670,000 USD) from Otium Venture and business angels, such as Ledger Wallet CEO Eric Larchevêque, reports TechCrunch.

Developers can create, deploy and run applications on Stratumn’s platform, and the apps can communicate with the blockchain. The company has built an open specification called Chainscript, whose files are JSON files that can store a bit of data. A developer sends the data to the blockchain using Stratumn, and can later retrieve and audit these bits of data if they follow the Chainscript format.

“It’s still the very beginning for the young startup, but if Stratumn can build a blockchain-agnostic platform that works with private blockchains or alternative blockchains, Stratumn could become a nifty way to effortlessly build applications on top of decentralized databases. And it could lead to interesting blockchain use cases,” said TechCrunch.

According to a press release, the funding will allow Stratumn to grow its team from five people to 12 and cement its position as a leading provider of blockchain solutions in France and Europe.