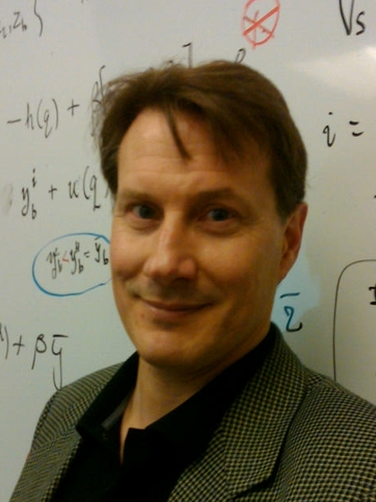 Fed Vice President and Director of Research in St. Louis, David Andolfatto, released a bitcoin presentation last week. Andolfatto has become one of the highest regarded Central Bank officials to have taken an in depth interest in the digital currency.

In an interview, Andolfatto was asked about why the presentation had to be made. The Director of Research said:

“I read about the algorithm that fixes the supply of bitcoins at least at some limit. It struck me that despite their tremendous disparity in physical properties, they share the quality that they have a relatively fixed supply — which is why gold and bitcoin make lousy money.”

Through additional research, Andolfatto came up with conventional theories of money. He said money being virtual or physical does not dictate whether it is useful or not.

The opportunity to give his presentation on the digital currency was offered to him by St. Louis Fed’s Assistant Vice President of Strategic Communications.

Next, Andolfatto spoke about how his opinions of bitcoin changed over time. Originally, he thought bitcoin was “kind of silly”, and questioned the role of bitcoin miners. He compared bitcoiners mining for the digital currency to those who mine for precious metals, such as gold.

In a blog post written by Paul Krugman, Andolfatto saw himself agreeing with Krugman’s criticisms of the digital coin. However, Andolfatto realized that bitcoin miners were mislabeled. Bitcoin miners weren’t mining as part of a fool’s errand, but keeping records of money. This is crucial to do for all currencies. He said:

“Mining was a red herring, it’s just one way to reward record keepers for their service, and that protocol could function even with constant supply.”

In addition, the St. Louis Fed Vice President indicated that bitcoin could pose as a potential threat to the Central Bank. He says that bitcoin will discipline the Fed and Central Bank, unless the public chooses to back something else.

Andolfatto says that people should not get into bitcoin, but that if they want to experiment with it to put in small amount.

“If you want to put $US10 in to experiment … but I would not want to put in my life savings. It’s usually volatile. You could get lucky, but you’d have to be careful. Let’s see how it evolves.”

Andolfatto is respected by bitcoiners because of his willingness to learn more about it, rather than to just plain dismiss it. Hearing out the views as to why bitcoin is a potential financial and economic answer is all those who favor it are really asking for.