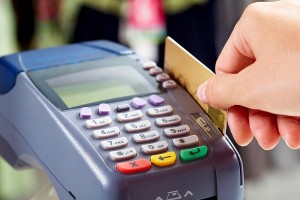 Cryptex Card, a Hong Kong based startup, has started an online service that quickly changes bitcoins into dollars by loading them onto a card that could be used at ATMs.

The card will function as a prepaid debit card and can be issued through a license with Union Pay, according to WSJ. Union Pay is a Chinese card provider and it is accepted by many different outlets around the world. This includes the popular Discover card network in America.

Jamon Rahn, Cryptex Card CEO and co-founder believes that card holders will be able to use the card in about 90% of the world’s ATMs and merchant outlets. This will allow Bitcoin users the convenience to exchange their bitcoins for cash easily.

This project is to be launched today at a conference in New York called “Inside Bitcoins”. The card is an attempt to solve bitcoin’s “gateway” issue. Cryptex Card’s Rahn said,

“Bitcoin is the fastest way to transmit money but it is currently really prohibitive on where you can spend it and where you can turn it back into money for everyday use. Cryptex allows people to have greater convertibility of their bitcoin holdings.”

Additionaly, Cryptex believes that their card will allow Bitcoin users more ease of access and options to use the virtual currency. Supporters of Cryptex believe that this will help promote Bitcoin usage.

In order to comply with all the necessary rules and regulations, customers of Cryptex will have to go through identity checks. In addition to that, in America, Cryptex Card will likely impose limits on the daily spendable amount.

Currently, it takes a whole day for a conversion from Bitcoin to cash to occur at Cryptex. This is to be improved on during early summer, according to Rahn. The card also only holds dollars, but there are plans to allow for other currency conversions in the future.

Cryptex Card also charges no fees for making or sending the card. However, the company will profit by charging the exchange rate above the cost of dollars it purchases on Bitcoin exchanges. Hence, rates will be better for those who make bigger purchases, according to Rahn. Separate ATM fees will probably also apply.