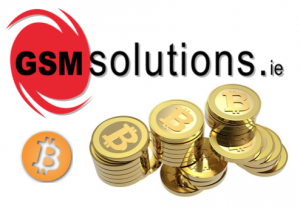 GSMsolutions, a Dublin based tech company that features in repairing electronic gadgets, is now paying staff members with Bitcoin. In fact, according to the GSMsolutions website, the company has already been able to sign up five of its employees to pay their wages in Bitcoin.

The company hopes to “convert” the rest of its employees by the end of this year. This move will make GSMsolutions the first company in Ireland to pay employees with Bitcoin.

GSMsolutions explains that when employees get paid with Bitcoin, other businesses in the area will also start accepting Bitcoin. This will lead the digital currency to grow. The managing director of GSMsolutions, Alan Donohoe said,

In addition to this, the managing director says that the company looks forward to when they can pay their local coffee shop in Bitcoin. Donohoe said,

“We look forward to when we can pay our local coffee shop in bitcoin during lunch. We set salaries in Euros, so that the Euro amount they get each pay period does not fluctuate with the price of bitcoin”

How will this work?

In order to allow their employees to be paid in Bitcoin, Donohoe explains that the company is “integrating some Bitcoin Payroll API’s into our operations and hope to roll this out fully over the coming months.”

Mainly, the reason why GSMsolutions has started to pay its staff in Bitcoin is explained by the managing director,

“As a tech company we’re always striving to be on the cutting edge. As we are quite heavily involved in this area already, using digital money to pay our employees at a tech company just makes perfect sense, in my opinion.”

That does make quite a bit of sense. The company writes that by allowing its employees to have a portion of their salary paid in Bitcoin will allow for further development and acceptance of Bitcoin.

BitPay is another company that in January allowed its employees to be paid in Bitcoin via its Bitpay Payroll API.