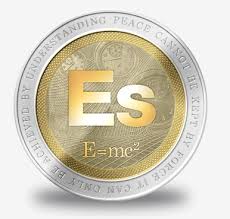 A fundraiser dedicated to raising money for scientific research around the world has released a new digital currency called the Einsteinium (EMC2).

The EMC2 foundation looks to fund the world’s scientific research by receiving monthly donations for projects. The funding for projects will be determined through a community based voting system. Einsteinium bases itself off of bitcoin’s functions and algorithms.

The foundation’s first contribution was pledged to Walter Moss on March 29th for an important scientific research project. For his study on viral molecular structures which can cause cancer, Moss received 526314.56 EMC2, which is worth nearly $1,000. Moss is a post-doctoral researcher in the lab of Professor Joan A. Steitz at Yale University.

The funds will be delivered to Moss through crowd funding on Experiment.com. Additionally, for Moss to reach his funding goal, the foundation raised an extra 300,000 EMC2, worth around $600.

EMC2 users nominate funds and research programs each month, in order to decide who will be funded next. The foundation is always looking for a world-changing research opportunity to give back to. For the projects to be eligible, a “project must be pushing humanity’s understanding forward and helping everyone build a better, safer future.”

The foundation donates 2% of every block mined to be used to fund the programs. Einsteinium mining entails Epochs, which are divided into four 36,000 blocks of coins. The foundation states:

“At the end of each Epoch, a new ground breaking scientific cause is selected to receive Einsteinium Foundation funding.”

Distinctly from other digital currencies, EMC2 implements wormhole mechanics. Longtime users of the digital currency get rewarded with 2,970 EMC2 per epoch block, through wormhole events that consist of 180 blocks.

EMC2 has been labeled as “Funding the Future with the Future of Currency”.

Finding the right currency is important in dictating how a government or community will transact in business. In another similarity, Scotland remains on the fence as to what form of money the European country will use.

The Scotcoin has been introduced as an answer to that question. The creator of Scotcoin, Derek Nisbet, calls the new currency:

“a one-shot opportunity for Scotland to truly become an international powerhouse if we can take back the power of our monetary issuance as credit, as opposed to issued debt with interest from privately owned and operated banking interests and cartels.”

The Einsteinium foundation has devised a system that works to get research funding. Though the Scotcoin is not yet favorable in Scotland, it could be the solution to its underlying financial problems.