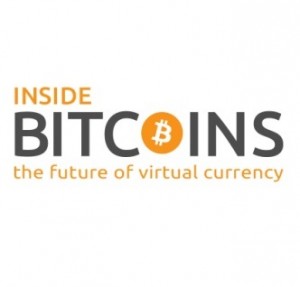 Inside Bitcoins is once again hosting an event in NYC about bitcoin and other digital currencies. It is in the forefronts of hosting and presenting something of this caliber.

Thousands of attendees and participants are expected to gather for this year’s lineup of events and important speakers. The aim of the conference is to spread the concept of the digital currency on a global scale. As the much awaited event nears, the organizers of the conference are revealing more and more information about the two day event and what is in store for all who are planning to attend.

According to the official Inside Bitcoins website, the large scale event will discuss relevant and current information about “government compliance, marketing, managing and launching in the virtual world.” Conference sessions will be held for attendees to have the chance to discover “the growth of virtual currencies, FinTech business trends, investment strategies, and more…”

First up in line, events will be hosted in New York starting from April 7th to 8th at the Javits Convention Center of New York. The event boasts of having over eighty different “industry experts and business visionaries” coming together to examine and evaluate the system of digital currency. For this year’s conference being held in NYC, important speakers have been revealed.

Jeremy Allaire, founder and CEO of Circle, will be presenting the opening keynote titled “Mainstreaming Bitcoin: The Next Phase of Digital Currency Growth & Value Creation” at the event on April 7th. Nicolas Cary, CEO of Blockchain.info, will be the afternoon keynote presenter speaking about “International Review: Bitcoin Stories from Across the Globe” on that same day.

The second day, April 8th, is also filled with renowned speakers in the digital currency world that will be discussing the financial aspect of bitcoin and the concerns that are connected to it. Barry Silbert of the SecondMarket will be part of a panel discussion board on Wall Street on April 8th.

Second Time Back in NYC

This will be the second time around that Inside Bitcoins will hold an event in New York of this nature. Making its first appearance back in July of 2013, the conference was for only one day and had more than 150 participants alongside four exhibitors. Of course, this was when the digital currencies were still a relatively new idea.

This year, it is anticipated to be a much larger turnout of participants. Just as the popularity of the bitcoin has been rising, it would seem plausible to suspect that there will be an increase in the attendees. Also, it is anticipated that many will be curious to learn further about the intricacies of the digital currency world. Especially, with the current mainstream media coverage that digital currency has been receiving, from the downfall of Mt. Gox and governmental regulation struggles, this year’s conference is bound to be filled with a lot of insightful information.

New conference sessions have been announced alongside what is already present on the agenda page of the event. Steve Beauregard, founder of GoCoin, will lead the “Bitcoin Merchant On-Ramp” discussion. Eric Doricko of the Data Center Crypt-Consultant will present “Megawatt Mining.”

“Bitcoin in the Cloud” will be hosted by the COO of CloudHashing and “A Startup Perspective: Building a Trading Platform from Scratch” will include Luke Jones of Coinarch’s.

Daniel Larimer, CEO of Bitshares.org will present “Beyon Bitcoin: Bitshares Delves Into Digital Shares” and Tyler Roye, CEO of eGifter will be featured in “Bitcoin Comes to Mainstreet.”

For those who are anticipating these events, tickets are still available for this year’s conference. Better hurry up, because early bird prices will are only available before April 7th.

Registration for the event is still open here.