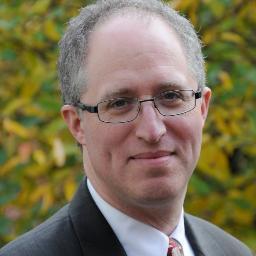 Wisconsin politician Mark Clear, one of the early adopters of utilizing bitcoin donations for campaigns, has disassociated himself with the digital currency. He is the first politician to stop accepting bitcoin for donations after doing so.

Mark Clear is a candidate running for state representative. He began welcoming bitcoins to assist with his election campaign, but once he got his first donation in the digital currency, he decided to return it.

Clear returned about $100 worth of bitcoin back to his donor, after finding out that the Government Accountability Board dismissed bitcoin at a meeting they held back in March. The board was quoted saying that bitcoin was “something we shouldn’t waste our time on.”

A spokesperson of the accountability board, Reid Magney, stated:

“The Board did not believe it needed to set a policy on Bitcoin because Bitcoin is not one of the forms of negotiable financial instruments authorized by state law for campaign contributions.”

The board felt it needn’t bother with setting up any policies for bitcoin use. Some staff members on the board felt that they should at least wait for a ruling by the Federal Election Commission, which they eventually did. However, it likely won’t happen so late in the current election cycle.

As for Clear, he believes the board is overlooking the importance of bitcoin and campaign finance. He told a Wisconsin reporter:

“I think the GAB needs to focus on the important parts of public disclosure. What the public wants to know is who the person is making a contribution and how much (rather than the method of transaction).”

Other politicians have also given bitcoin a chance to change the way campaigns are funded, however, none of them ever changed their minds about accepting bitcoin. Texas Attorney General Greg Abbott saw the potential bitcoin offered in politics. His enthusiasm towards taking bitcoin was well received by his supporters and the community.

With the innovation of bitcoin, more possibilities present themselves. In the political world, bitcoin has proven to be resourceful. Clear may have pulled the plug on the digital currency a little too early.

Silver to Bitcoin Gold, the Lowdown on Litecoin