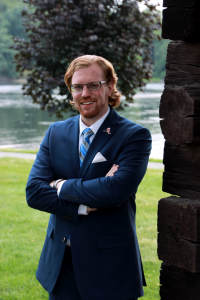 Bitcoin can now be donated to Patrick Nelson’s (D-Stillwater) run for New York’s 21st District, thanks to a partnership with BitPay, according to an email CoinReport received from Nelson’s press secretary, Paul Paterakis.

The Nelson campaign believes this payment network will open up a new donor database.

Nelson commented in the email, “Our goal in this campaign has been and continues to be bringing 21st Century Policies to the 21st district. That means we embrace innovation and new technologies like the blockchain and bitcoin. Bitcoin has the potential to provide low cost financial services to consumers and businesses alike. It allows folks to transfer money digitally without having to pay high fees to financial middlemen.”

Funded by investors Ashton Kutcher and Sir Richard Branson, BitPay is a leader in bitcoin payment processing and maintains offices throughout North America, South America and Europe. Bitcoin users can donate through the campaign’s website, www.nelsonforny.com, and the donations will automatically be converted into U.S. dollars free of cost.

“I’ve been using bitcoin for years as a currency to purchase items on Overstock.com, Steam, Newegg, and Xbox Live. I even donate bitcoin to the Ronald McDonald House of the Capital Region every Giving Tuesday,” commented Paterakis. “With the rise of bitcoin’s price and usage, our hope is it will attract folks to view Patrick’s campaign and donate. Heck, maybe even Ashton Kutcher will chip in a few bits.”

It will not be the first time for a politician to accept bitcoin. Senator Rand Paul (R-KY), Congressman Jared Polis (D-CO) and a few others have accepted campaign donations in the past using the cryptocurrency.

The same federal rules that apply to cash donations will have to be followed by donors i.e. contributors will have to provide their name, address and employer information.

Bitcoin can be donated to Nelson’s campaign here.