In theory, bitcoin use and structure was designed to make spending money easier and hassle-free. However, it is a rather complicated system to understand, especially for those who aren’t tech-savvy. Today, bitcoin is mainly used by those who follow technological advancements and solutions in business. It isn’t quite geared to the everyday guy. But all that could change in just a few years time.

Bitcoin Use Will Get Easier

San Francisco entrepreneur, Marshall Hayner, feels bitcoin will soon become easy enough for average people to get behind. He said:

“It’s all about to change over the next 12 to 24 months. We are going to see all kinds of people adopt it. It’s going to power transactions on the Internet.”

Hayner is currently working on the QuickCoin app, which is set to release later this month.

New technologies are constantly being spewed out by entrepreneurs, in hopes of getting more people on board with bitcoin fast, easily and safely. Apps are one of the most efficient ways to allow smartphone and tablet users to have their digital wallets on them at all times. This leads to having easy access to bitcoin ATM’s, since QR codes can be scanned with the devices people always have on them anyway.

“You’ve got people out there who are software engineers who don’t understand it. It’s far too complicated out there for the average consumer to understand. But that will change.”

It seems it may come down to doing self research and taking the words of others into account.

President of Coinage, Cary Peters, is looking to make bitcoin use easier with his bitcoin ATM. His ATM that resides at the Hacker Dojo in Mountain View, California, allowing anyone to create an account using a phone number, ID, and face and palm scans. It may sound like a lot, but this info is basic knowledge, and doesn’t require any background or credit checks.

Peters feels regulation is the true key in gaining the trust of the people. For bitcoin to be determined by a higher power as safe, individuals may feel comfortable and more compelled to get in on it.

With more businesses heading in the bitcoin direction, consumers will take notice and see what all the fuss is about. 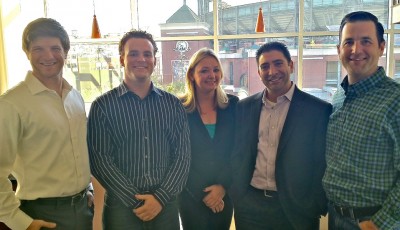