Cryptocurrency exchange ShapeShift AG announced in a press release CoinReport received that it has raised $10.4 million in Series A funding round as the exchange’s volume has skyrocketed past 50,000 bitcoins per month.

The funding round was led by Berlin-based Earlybird, with other new investors including Blockchain Capital, Lakestar, Pantera Capital and Access Venture Partners and prior backers including company founder and CEO Erik Voorhees, Digital Currency Group and FundersClub.

The financing is the largest ever for a non-fiat financial exchange.

ShapeShift said in the release the funding will be primarily used for further expansion of the team to sustain its rapid growth and release two revolutionary exchange products this year.

Enabling users convert between blockchain tokens now worth in the tens of billions of dollars, ShapeShift says it has grown an average of 48 percent per month since launching just under three years ago. Exchange users can exchange, for example, a token on bitcoin blockchain for a token on Ethereum blockchain. The company has a strict “no fiat” policy: government money is not permitted on the exchange.

“ShapeShift’s team built a compelling crypto exchange engine which can be easily integrated into third-party products given its unique trustless design,” said Christian Nagel, partner at Earlybird. “It is uncommon to find the powerful combination of a noted serial Bitcoin entrepreneur, a senior team with deep industry knowledge, and a strong vision as the one present at ShapeShift.”

In addition to humans, ShapeShift says it is the fastest and safest way for machines, such as trading bots and IoT devices, as well to exchange any asset that exists on a public blockchain. The pioneering concept behind the company – “protection by design” – enables the exchange to not require exposure of sensitive customer data. While other exchanges do it, ShapeShift says it doesn’t hold customer assets or information, something which is impossible in traditional finance.

“This sets a new standard in consumer protection that the largest banks haven’t been able to achieve in a hundred years,” said the release we received.

Voorhees commented, “When we started ShapeShift, a future world of natively digital assets was very theoretical. Yet this world is quickly arriving; one in which millions of forms of digital value, from access keys to tokenized derivative contracts to video game items, will trade between people and machines all over the world, every second of every day. Just as information has gone natively digital, so too now goes value. Bitcoin taught a skeptical world how to do it, and the gold rush is on.”

The exchange supports over 1080 direct trading pairs, more than any other blockchain-based exchange. 40 leading cryptocurrencies and assets, including bitcoin, ether, dash, litecoin, monero and Augur’s rep, are currency supported on the platform.

Pantera partner Paul Veradittakit said on the occasion, “Pantera believes in a future where myriads of digital assets will facilitate innovative use cases and products. ShapeShift has done a tremendous job providing a seamless way to exchange such assets, and is spearheading this vision with upcoming financial products. Most importantly, we invested in ShapeShift because of our confidence in Erik, whom we’ve known for a while and has demonstrated the leadership and qualities to succeed in this space.” 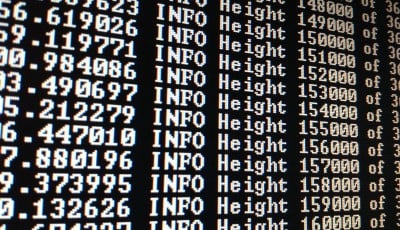