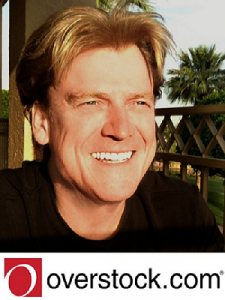 Overstock.com, Inc. announced in an email it sent to CoinReport that it has integrated leading instant digital asset exchange ShapeShift into its platform to enable customers to use major digital currencies, including monero, ether, dash, litecoin and the new bitcoin cash, to buy online from its selection of about 4 million products, including DIY, furniture, décor accessories, rugs, bedding and more.

ShapeShift enables cryptocurrencies to be easily converted between different coin types in a matter of seconds, all without any personal data or account setup needed, says a press release. The funds are sent to a particular address instead, with the transaction’s blockchain record representing both the order and the receipt.

During checkout, shoppers will pick their desired digital currency and submit the order before being asked to transfer the coins, just as they would with any other digital wallet transaction. ShapeShift will then be utilized by Overstock to convert the altcoins to bitcoin. Also, bitcoin will be used to make refunds from an altcoin purchase; however, customers can effortlessly exchange those to their favored digital currency via ShapeShift.

Overstock founder and CEO Patrick M. Byrne commented, “Overstock is pro-freedom, including the freedom of individuals to communicate information about value and scarcity without relying on a medium created through the fiat of unaccountable government mandarins.

For that reason, we have been an early proponent and adopter of cryptocurrencies. ShapeShift has provided an elegant way for users of any digital currency to transact seamlessly and privately across chains, and we’re excited to harness that ability to the benefit of our customers.”

The ShapeShift team could not be more excited for this partnership and are pleased our technology will be helping the next generation of Overstock customers.”

According to Coinmarketcap.com, numerous popular non-bitcoin digital currencies have emerged this year, making the number of transactable cryptocurrencies grow to more than 1000. By market capitalization, bitcoin is still the largest digital currency, even though it now represents just under 50% of the market, down from 80% a year ago. In addition to supporting dozens of these growing cryptocurrencies, ShapeShift, in light of the recent bitcoin hard fork, now also supports forked asset bitcoin cash, enabling Overstock customers to purchase items via BCH.

Overstock is the first major retailer to accept numerous digital currencies as payment. For the e-commerce pioneer, this announcement is the latest in a line of major firsts in the blockchain world. In early 2014, Overstock became the first major retailer to accept bitcoin, while in late 2016, it issued the world’s first blockchain stock with its Series A Preferred offering on the t0 platform.

Images are courtesies of their respective companies