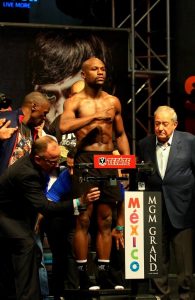 The ICO for Stox was announced by The invest.com Group, the first established and revenue-generating company to announce an ICO. Founded in 2014, invest.com, an online financial service provider that merges financial proficiency with leading-edge technology to make smart investing simple and affordable for both novice and professional traders alike, employs a team of 200 across five countries, has three million registered clients and generated $50 million in annual revenue for 2016.

Stox were issued as a smart token using the Bancor (BNT) protocol, which the team evaluated to be the best blockchain-based liquidity solution.

STX holds BNT in its reserve – which guarantees continuous and high liquidity, allowing anyone to buy STX directly via the smart token with ether, as well as liquidate STX back to ether — notably, with no spread and low slippage.

Bancor chief of product Eyal Hertzog said in a pre-ICO press release, “We are excited to see Stox.com launch the first user-generated smart token, and become a pioneer member of the Bancor protocol. We believe the continuous liquidity and increased stability of STX will benefit token holders and the Stox project at large.”

STX holders will be able to utilize crowdsourced data and their own predictions to forecast the result of any event, across an array of categories. Smart contracts will manage the reconciliation based on initial pledges, crowd sizes participating in the prediction events and the probability of outcomes.

The platform will be fluid, meaning assessments and prediction patterns will change daily. Users can also create prediction polls, enabling them to take positions on particular events at any time. For any particular poll, entry prices, for example, can change and fluctuate based on the predicted values.

The invest.com Group founder Ophir Gertner commented, “Stox is a transformative step in our journey, as it allows us to combine the power of blockchain with the array of infrastructure, technical, sales and marketing assets that are currently powering invest.com.”

Stox logo – Via the press release