Protocol Labs, Inc., a U.S. company developing foundational internet infrastructure technology, has raised over $198 million ($198, 965, 926 to be exact by the time of this writing) in the ongoing SEC-compliant Initial Coin Offering (ICO) for its Filecoin token. The ICO, which started August 10, is currently into its sixth day and will conclude on September 10.

In an email CoinReport received, Protocol Labs said Filecoin’s ICO makes the use of SAFT (Simple Agreement for Future Tokens) under SEC Reg. D, 506(c). and will only be available to accredited investors through CoinList.

An ICO platform developed by Protocol Labs and AngelList, CoinList will deliver a suite of services, including an accreditation service, around ICOs while staying SEC-compliant. Filecoin is also the first ICO to take place on CoinList.

The basic issue with token pre-sales before the network is live, says the company, is that they could be securities.

“We worked with the best crypto law firm Cooley LLP to create an agreement called SAFT that’s based on a popular startup investing agreement called SAFE from Y Combinator,” says Protocol Labs in a PR Pre-interview. “SAFT clearly states that it is a security and it’s an investment that will convert into tokens when the network launches. The whole thing is to be compliant. We also created CoinList and one of its features is to help accredit investors so that they can invest. Since announcing CoinList we’ve accredited thousands of investors who want to invest in ICOs. We plan to introduce more ICOs via CoinList after Filecoin.”

In the interview, the firm reveals that company advisors have already purchased $52 million worth of filecoin prior to the ICO, saying, “In a prior Advisor Sale, $52M worth of Filecoin has already been purchased by advisors committed to helping us build the Filecoin network.”

The company adds, “The list includes some of the best entrepreneurs, advisors and investors in the world including Sequoia Capital, Union Square Ventures, and many more.”

On what is unique about the digital currency and how its ICO is different from those of others, the firm says in the interview that from the technology point of view, filecoin evades the sustainability problem (which a VICE article describes as ‘a single bitcoin transaction takes thousands of times more energy than a credit card swipe’) that bitcoin faces by utilizing Proof of Replication, which incentivizes miners to store files. This is, says the company, a substantial breakthrough that provides the coin mining process with a useful byproduct – storage.

From the mission point of view, continues the company, filecoin is building the first ever market for storage, which is known to be a commodity. Today, storage doesn’t have a comprehensive computer-driven market; big cloud storage providers control it – which means there is nothing like algorithmic trading that occurs in our financial markets, making today’s market for storage quite coarse, says the firm. A true market will enable anyone to sell their storage without having to gain clients directly. The storage price will get optimized as there will be way more price competition, with storage getting substantially economical. Customers, who are paying a lot of money for storage, like Netflix and companies working with big genomic data, will right away be the beneficiaries, says Protocol Labs, adding, “In the future, it will unlock more possibilities.”

This is arguable the most highly anticipated ICO because the InterPlanetary File System (IPFS), on top of which filecoin is built, is one of the most popular open-sourced projects that’s been gaining traction over the last three years, said the email we received. The IPFS is a distributed file system that seeks to connect all computing devices with the same system of files. It has stored more than five billion files and has more than 1,600 open source developers contributing to it over the last three years. It is also the foundational protocol that has been utilized to develop several distributed apps such as ConsenSys and OpenBazaar. When the Turkish version of Wikipedia was banned by Turkey, hacktivists created an IPFS version that can’t be banned (Turkey Can’t Block This Copy of Wikipedia). U.S. Government’s Data.gov also has 350 TB of datasets on IPFS. “Even Tim Berners-Lee, the creator of the Internet who now thinks it’s broken, has given us a shout out,” says the firm.

Protocol Labs says it spent the first part of 2017 revamping the protocol given the space has evolved. To scale up the team and operations, it got more financing. Filecoin, says the company, was a really significant missing piece to make the entire network. The IPFS addresses and moves content, while filecoin was the missing incentive structure that incentivized people to join the network. 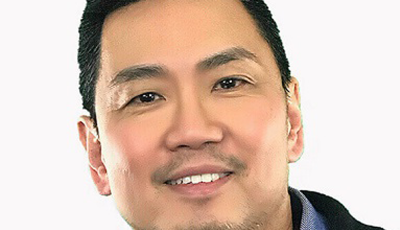