The network is established on a robust base of reputable open-source and proprietary distributed technologies, including a blockchain-based on Proof-of-Stake (PoS) Masternode technology; Distributed SQL Database and InterPlanetary File Sharing System (IPFS), a new internet protocol.

AXEL.Network aims to deliver decisive data custody to users by offering a platform that secures distributed data at all points to provide enterprise users, professionals and individuals alike with tools to protect themselves better. 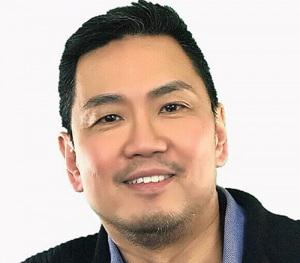 AXEL president and CTO Ben Ow said in the news release we received, “We’ve always stayed true to our promise as a company to empower users with solutions that allow them to be in control of their own digital information.”

He added, “With multiple technology patents already issued and several more pending, including three recent blockchain patent applications, everything we’ve been working on the past several years has brought us here. We’re not just looking to the future, we’re charging at it.”

AXEL is the first well-known firm to implement Masternode technology throughout its entire infrastructure. The network went live on the Valentine’s Day, and is part of a more extensive rollout that will match the firm’s existing ecosystem with further launches of distributed applications and technology in the coming year.

AXEL is already used by millions all over the world. It says it is keen on ensuring that its platform keeps on offering a dynamic and seamless user experience with all scheduled upcoming introductions and new features. The team, said the release, will work to implement AXEL.Network and AXEL Token into AXEL’s core applications, including LetMeSee, TackAPP and Virtual Drive, and will continue to inform users and keep them up to date as the platform evolves.

The token will utilize a proprietary process called SOAP, allowing for users to Protect, Organize, Secure and Authenticate all distributed data to ensure data custody and data privacy at every point. The firm has planned the change from the current ERC20 token to the AXEL token on the novel AXEL Blockchain for mid-2019.

Now also available is the AXEL Exchange demo, which shows how future users will be able to monetize their content, like programs, pictures, vides, games, music, documents – just whatever they wish to purchase or sell directly to their peers in a completely secure, transparent and decentralized environment.

AXEL VP technology and blockchain Lee Eyerman stated, “This is a really exciting time for AXEL as we introduce a series of significant launches. We’re fortunate to have the fundamental elements for a successful Masternode project – an experienced team, an innovative product, a strong community, and healthy adoption – all of which play a major part in the development of AXEL.Network, which is poised to be one of the world’s largest decentralized networks.”

The AXEL.Network will present a content distributed network powered by distributed technology and secured by Masternodes. It uses the IPFS as a generalized data storage facility that delivers a more transparent, safer and faster web experience. The network offers Distributed Database (DDB) services offering increased expansion capabilities, reliability and transparency on the foundation of a standard SQL interface, which enables easy migration from famous databases like Postgres and MySQL. Its Masternode PoS Blockchain immutably links user data to the network whether it is stored on DDB, IPFS or other distributed technologies.

Beginning in March, the first app in the firm’s rollout will be the AXEL IPFS Pinning Facility, which enables users to move content like videos, pictures and text to IPFS for distribution within social media channels and/or websites. The facility offers a total set of tools, not available anywhere else, to administer and distribute data utilizing IPFS, concluded the press release we received.