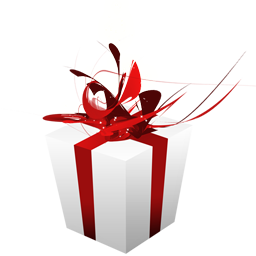 The ICO begun at 12pm GMT on Thursday, December 14, and buyers were quick to snap up the offered GIFTO tokens. More than 14,000 supporters applied to GIFTO’s whitelist. Industry observers rated its Telegram group as the fastest growing ICO community in the world.

The interest in GIFTO was significant: its private token sale was over-subscribed more than four times, while the public token sale, which closed at 12:01 GMT, took the total funding to just over US$30 million.

AIG co-founder and CEO Mr. Andy Tian said in the press release we received, “We are excited by the overwhelming demand of our tokens. As Asia’s leading mobile entertainment company, we are committed to bringing the best products to our users and this token sale is just the first step to bring blockchain technology and its benefits to the masses in a fun and meaningful way.”

GIFTO, which denotes “Gifting Protocol,” is a universal protocol that is built on the Ethereum blockchain. GIFTO provides an autonomous and self-sufficient system to create, curate, buy, send and exchange virtual gifts across any worldwide content platform like Facebook, Instagram and YouTube, among others. These virtual gifts that any content creator can customize and transact can be bought using the tokens from the sale.

This idea of sending unique virtual gifts on a blockchain as virtual assets from fans to content producers is anticipated to be a game-changer in the worldwide content market. Employing this technology, content producers could create their own unique versions of virtual gifts with its own price for their admirers to purchase and send to them, lending the all-important exciting component to the gifting process.

Stored as smart contract assets on the blockchain, these virtual gifts will be universal and exist independently of any content platform. Admirers can send these virtual gifts to their favorite content producers on any platform, through just a web link, without any additional technical integration or plugin.

AIG said in the release GIFTO is the culmination of the success of its flagship live streaming platform, Uplive, and that Mr. Tian foresees GIFTO facilitating online content producers in monetizing their content expeditiously. The anticipation by Mr. Tian is not without foundation, as the current value of the growing live streaming market, as estimated by Credit Suisse, is worth US$5 billion in China alone. Other markets such as Hong Kong, South Korea and Taiwan are also growing sharply.

Mr. Tian, who is the former head of Zynga China and has broad experience in the mobile entertainment industry, added, “We wanted to create a platform that will disrupt the traditional ways in which online content creators monetize their work, such as through advertising or sponsorship revenue. Through our GIFTO platform, the 90% of broadcasters who currently see low monetary returns from these traditional methods will now have a new revenue stream through which their fans can directly contribute to them. The success of our token sale is testament to the real world demand for such a service, and we will be using the proceeds to develop and deploy the product to a world wide audience.”

Now that the Uplive mobile streaming platform is a commercial success – boasting over 20 million users who have generated more than $100 million in revenue in 2017 with 60,000 monthly broadcasters -, the universal GIFTO protocol will let even more content producers monetize their content via the platform of their choosing.

With this token offering, AIG has formally entered the digital currency space, becoming the highest revenue consumer firm in Asia to do so. With the successful sale, GIFTO has positioned itself to become the blockchain app with the most users from outside the cryptocurrency space.

“The success of GIFTO’s token offering shows that there is a huge market outside of the crypto community that is still new to blockchain technology,” said Chris Miess, co-founder and partner of token offering advisory and investment firm ICONIC Partners, which advises AIG. “The sale of GIFTO’s tokens, which can be used for in a real-world application such as virtual gifting, is testament to the fact that blockchain technology has the ability to positively impact the lives of the general public.” 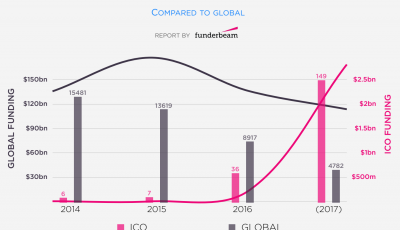