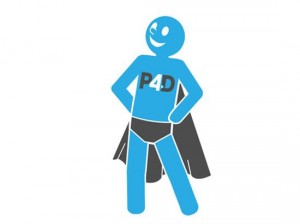 One of Great Britain’s largest courier services has begun welcoming bitcoin payments, according to P4D. The mailing service provides delivery options at discounted prices within the United Kingdom.

The shipping service delivers a variety of mail, from parcels and documents to pallets. The domestic and international service says it will do wonders for those involved with the bitcoin industry.

Bitcoin is recognized as an alternative form of currency that will change the way businesses will be conducted. It can be sent to anyone, anywhere, at any time of the day (or week) throughout the whole world at lightning speeds.

P4D has been in the courier business for over 8 years, and works with mailing services like TNT, DHL, Yodel, ParcelForce and City Link. Due to its size and recognition, P4D keeps prices lower than its competitors.

With bitcoin, P4D can keep prices even lower, as transaction fees are almost non-existent.

The service sticks to making experiences more convenient for customers, and bitcoin payment options is definitely a wise move to help stick by that goal. The courier company stated:

“No account is needed and by accepting Bitcoin P4D have made it even easier for customers to quickly and easily arrange a package to be couriered anywhere in the world.”

Customers of P4D have the option of waiting for a P4D courier to pick up their parcel, or they can mail it themselves at any of the company’s 7,000 locations across the UK.

Bitcoin will be used by the company to progress both itself and P4D, both financially and technologically. The adoption of the digital currency may take the parcel service to heights its never been before. Both industries can benefit one another through this newly found match up.

The UK has been host to some of the most innovative ways of implementing bitcoin in everyday life. Using bitcoin in the courier service is only one example.

In January, the University of Cumbria announced it would accept bitcoin payments for two new study programs. The programs work in conjunction for research on virtual currencies and complementary currencies.

The university stated that it was the first public university in the world to accept fees and tuition payments in bitcoin. This shows that people have not only gotten behind digital currency, but it helps them to become creative in its implementation.

Though the institution plans on converting bitcoins to pounds with payment processor BitPay, bitcoin has taken a massive leap in the educational department.