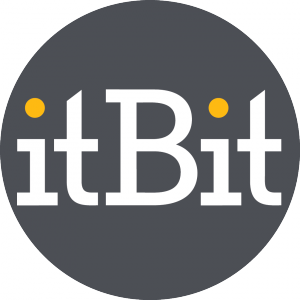 New York State Department of Financial Services (NYDFS) Superintendent Benjamin Lawsky announced Thursday his department has granted a charter under the New York Banking Law to itBit Trust Company, LLC – a commercial Bitcoin exchange based in New York City. The company is the first digital currency business to receive a charter from the NYDFS.

The department said in a press release that itBit applied to it for a charter in February. The NYDFS said it conducted a rigorous review of itBit’s application, which included the company’s anti-money laundering, capitalization, consumer protection, and cyber security standards. Able to begin operating immediately, itBit is subject to ongoing supervision by the NYDFS and will be required to meet the obligations for operating a trust under New York law and under the final BitLicense regulations.

“We have sought to move quickly but carefully to put in place rules of the road to protect consumers and provide greater regulatory certainty for virtual currency entrepreneurs,” said Lawsky in the press release. “The technology behind Bitcoin and other virtual currencies could ultimately hold real promise and it is critical that we set up appropriate rules of the road to help safeguard customer funds. Indeed, we believe that regulation will ultimately be important to the long-term health and development of the virtual currency industry.” 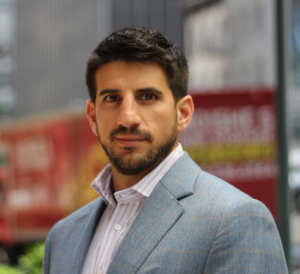 itBit CEO and co-founder Charles Cascarilla said in a press release, “Our mission at itBit has always been to create a trusted, institutional-grade exchange and regulatory compliance is an important pillar of that mission. Regulatory approval from the NYDFS allows us to serve as a custodian for our clients’ assets and expand our services to U.S. customers – the largest market of bitcoin traders in the world – and allows us to do so with the highest standard of care afforded by any Bitcoin company.”

The company also announced Thursday it has raised $25 million in Series A financing to significantly scale its operations as it starts to onboard American clients. The investors include existing investors RRE Ventures, Liberty City Ventures, Jay W. Jordan II, as well as new participants including Raptor Capital chairman James Pallotta. The funds raised will support further expansion of products and services, as well as hiring across all functions including compliance, customer service, engineering, marketing, and operations.

Along with the Series A financing, itBit has broadened its board of directors with the additions of Senator Bill Bradley, who served as the U.S. Senator for New Jersey from 1979 to 1997; Sheila C. Blair, a former chairman of the Federal Deposit Insurance Corporation; and Robert H. Hertz, a former chairman of the Financial Accounting Standards Board.

Taking the trust route is a novel move. Most new companies go through the procedure of getting money-transmitter licenses, which is a state-by-state process, reported the Wall Street Journal’s MoneyBeat blog on the charter grant. With the trust charter, said Cascarilla to MoneyBeat, “you’re stepping into a much higher standard of oversight and requirements, which reassures the traditional system.” He told the blog that is key, because itBit’s aim is to draw commercial institutions and the professional investing class. “We don’t want to be the best bitcoin company,” said Cascarilla. “We want to be the best bitcoin company in financial services.”

MoneyBeat reported that the charter allows itBit to accept U.S. deposits that will be fully insured and fully compliant with standard regulations. Essentially, the company – which was founded in Singapore and moved its office to New York last July – will act like any other trust company, with the sole difference being that its focus is on digital currencies. The blog said it’s an approach different from other Bitcoin startups. itBit will act a regulated fiduciary, but not as a full-bore bank, as Cascarilla pointed out. “We won’t be making car loans.”