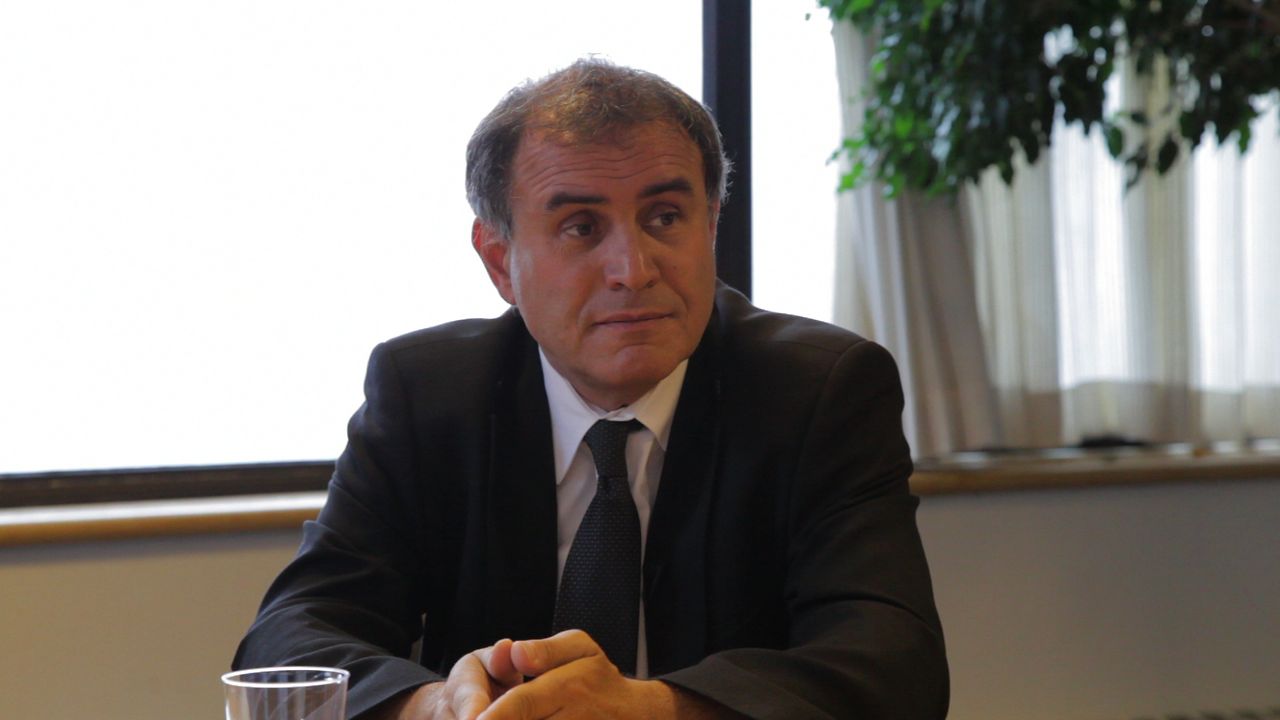 Economist Nouriel Roubini declares bitcoin as a Ponzi scheme and says that it has a “lousy” store of value. Roubini, also know as the “Dr. Doom” of the business world, refutes the digital currency and took to his twitter account this past Sunday to list its faults.

“Bitcoin isn’t a currency. It is by the way a Ponzi game and a conduit for criminal/illegal activities. And it isn’t safe given hacking of it.”

In Roubini’s view, no goods or services were being priced in digital currency, and says that they never would be. He adds that the digital currency’s store of value is “lousy” and offers “little wealth”. In addition, Roubini feels that bitcoin’s volatility and price fluctuations do it more harm than anything else about it.

Since November 2013, bitcoin has lost half of its value after hack attacks targeted on bitcoin exchange platforms.

In another one of his twitter posts, Roubini claims:

“Bitcoin bugs like gold bugs are fanatics who speak of BTC in cult-like religious ways. Like gold bugs they have paranoid conspiracy views on the dollar.”

Though most bitcoin advocates disagree with Roubini’s thoughts on the digital currency, they are certain that more has to be done in order to fully utilize bitcoin’s technology.

“There are botnet operators, hackers, and Ponzi-scheme runners floating around our space.”

The bitcoin community is not blind in realizing that criminals can use bitcoin for criminal activities just as they could use the U.S. Dollar or any other fiat currency for such activities.

Roubini remains pessimistic of bitcoin even after many retailers such as Overstock.com, and more recently eBay, have showed more attention towards the digital currency industry. Overstock has seen a flood of new customers shopping on their site with bitcoin, while eBay filed a patent for a bitcoin currency exchanger.

Roubini neglects to see the innovative side of Bitcoin and deems Bitcoin as if it is only beneficial towards criminals. He also feels that those who use bitcoin will come crawling back to the fiat currencies which are controlled by central banks.