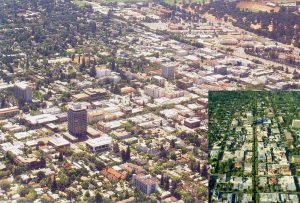 According to a press release CoinReport received from Wachsman, Cryptic Labs’ PR company, Dr. Pissarides of the London School of Economics and Dr. Maskin of Harvard University will offer insights in macro-economic policies, game theory and incentive mechanisms, reinforcing the lab’s objective to deal with the lack of blockchain industry proficiency in both fields.

With the addition of the two Nobel laureates, Cryptic Labs says it will be able to provide its clients with research-based insights that will direct their inventions. Dr. Pissarides will offer expertise on macroeconomic trends, while Dr. Maskin will concentrate on game theory and mechanism design, with a focus on how blockchain firms can guide user incentives at a company level.

The Cryptic Labs team that will be benefiting from the expertise of the two Nobel Prize winners include their chief scientist, Dr. Whitfield Diffie, the distinguished cryptographer who won the 2015 Turing Award, also called “Nobel Prize of Computing,” creating an unmatched trio of globally acknowledged authorities. The credit for bringing the trio together goes to Herman Collins, who himself is an accomplished executive research specialist and leads the human capital advisory initiative of Cryptic Labs.

Cryptic Labs co-founder and managing director Humphrey Polanen said in the news release we received, “I am honored to welcome two of the world’s highly regarded experts in economics to our Economics Advisory Board. For the first time in the industry, Drs. Maskin and Pissarides will offer unparalleled expertise and insight to the blockchain industry, providing nuanced understandings of behavioral economics to our clients. The new members of our Economics Advisory Board provide the expertise for us to live up to our mission to fill critical and essential gaps in the industry. These experts and other economics advisors will help our client companies navigate complex problems, advising them on blockchain economics and helping them craft the incentive systems they need to ensure adoption and growth.”

Dr. Pissarides has an intricate understanding of and specialty in macroeconomics, concentrating on the outcome of the labor and money supply at a macro level. He is an expert in structural change, the economics of labor markets, economic growth and macroeconomic policy. The Nobel Prize in Economics was awarded to him in 2010 for his work in the economics of markets with frictions.

Dr.Pissarides stated on the occasion, “Blockchain is the most exciting development in financial markets in recent years, but we still don’t know enough about it to recommend a wholesale transition of all our transaction records to blockchain. Cryptic Labs impressed me with their mission to improve the service offered by blockchain technology, as well as the diversity and expertise of their team. I look forward to working with the team at Cryptic Labs to to leverage my expertise in macroeconomics to help companies improve the use of blockchain, make it more secure and more widely accessible, and examine the implications that it has for trade, financial markets and economic performance.”

Dr. Maskin will offer Cryptic Labs’ clients strategic guidance on game theory and incentive structures in blockchain systems. He won a Nobel in 2007 for paving the way for mechanism design theory. Presently the Adams University Professor at Harvard, Dr. Maskin carries on with publishing research in the fields of political economy, game theory, social choice theory, contract theory and other areas of economics.

“I think that blockchain technology is potentially important for a modern economy. Most discussions of blockchain technology focus on technical issues. I am more interested in the economic value such technology can bring. I believe that my background in economics and mechanism design should be useful for that purpose. Cryptic Labs is examining blockchain in interesting ways, and so I was glad to join the team,” said Dr. Maskin.