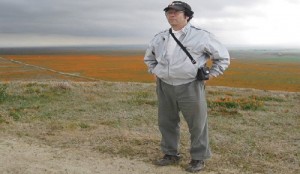 Since Newsweek’s story on Bitcoin’s elusive creator made the top headlines, both the digital and non digital world went into an upheaval. A story by journalist Leah Goodman claimed that Dorian Nakamoto was the real Satoshi Nakamoto, the inventor of Bitcoin. However, the ethics behind Goodman’s story and the scoop itself raised some interesting questions. Even though Newsweek has faced heavy criticism, it stands by Goodman’s story,

“Ms. Goodman’s research was conducted under the same high editorial and ethical standards that have guided Newsweek for more than 80 years. Newsweek stands strongly behind Ms. Goodman and her article.”

This response was made after Dorian Nakamoto refuted Goodman’s story on AP. Dorian said that his words were misinterpreted and he never heard of Bitcoin until he was contacted for Goodman’s article. Before he was able to talk to AP, reporters chased Dorian all around Los Angeles trying to contact him. This was made possible because of Goodman’s story which also included information-sensitive pictures of Dorian’s house and car plate number. A quick Google search could easily pinpoint where Dorian was. Hence, this made easy access for reporters to find the alleged Bitcoin creator.

Leah Goodman was criticized for making a man with a quiet life susceptible to paparazzi and potential threat; Satoshi Nakamoto is believed to have an estimated $400 million in Bitcoin.

“How dare this Leah demean, belittle the comforts of an old man in poor health who has barely enough money to feed himself and takes gentle care of our 93 year old mother in a modest house. To act and publish with carefully studied thought along with professional profilers, editors who calculated greed to ultimately endanger my brother’s health and his physical safety.”

Arthur Nakamoto is angered by the “misquoting and blatant lies” that were told by journalists. He says in the reddit post that he and his family were frightened due to safety concerns, angered by their privacy being invaded, and concerned for Dorian who is trying to overcome health issues.

Arthur continues his frustration and asks,

“Who is going to be responsible in their safety, her, the executives at Newsweek, the entire Journalistic community? Yes, I place Leah McGraw Goodman and Newsweek and all news organizations that had joined in the feeding frenzy to be held responsible for their blatant and open carelessness.”

Dorian’s brother concludes his post by “pleading, no, begging” for everyone to allow Dorian to live his life in peace, dignity and privacy. Arthur then says that the worst thing about this whole debacle is that he can’t physically go see Dorian and his mother.

We sincerely hopes that journalists respect Arthur’s wishes for his brother and family to be left alone. 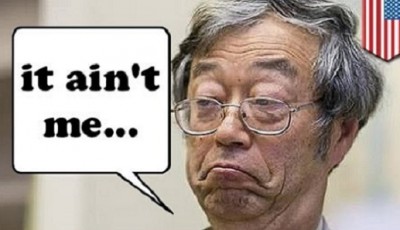