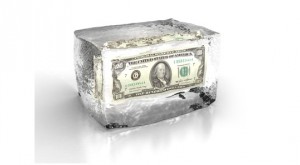 On Tuesday, an American federal judge temporarily froze the U.S. assets of MtGox CEO Mark Karpeles. The judge has also allowed victims of MtGox to get evidence of what is claimed to be a huge fraud.

When MtGox stopped processing withdrawals and transactions, the Bitcoin world was shaken since the ex-Bitcoin exchange had influential power. Soon after this whole dilemma of wondering when MtGox would get back onto its feet, people realized that this would never happen.

In the end, Mt.Gox filed for bankruptcy.

According to Christopher Dore, an attorney who represents American users of MtGox, the freeze also applies to the digital exchange’s U.S affiliate and Japanese parent company Tibanne.

Tibanne, based in Tokyo, was protected from this since it filed for bankruptcy protection in the U.S and Japan.

On Monday during a bankruptcy hearing, the groups suing MtGox claimed that in the past few days, Karpeles had allegedly been moving millions of dollars in Bitcoin.

Dore also said that the American judge’s decision in freezing the U.S assets of Mark Karpeles will expire in only 14 days. However, when the groups meet again in court, they can decide if it should be extended. At the hearing, Mark Karpeles and Tibanne were not represented.

It may take some time, but there is hope that justice will be served.