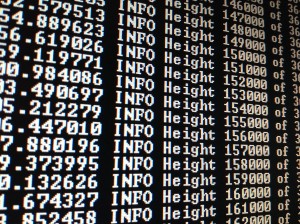 On Tuesday, nine of the world’s most prominent banks announced a new partnership to design and deliver blockchain technology to international financial markets.

In addition to developing commercial applications, the project aims to establish consistent standards and protocols for distributed/shared ledger technology across the financial sector in order to facilitate broader adoption and achieve a network effect.

Led by R3, a financial innovation company, the consortium includes Barclays, BBVA, Commonwealth Bank of Australia, Credit Suisse, J.P. Morgan, State Street, Royal Bank of Scotland and UBS. R3 CEO David Rutter is leading this initiative, for which additional banks are slated to pledge their support in the coming weeks.

R3 said in a press release that the consortium will collaborate on design, engineering, experimentation and research to help advance leading-edge, enterprise-scale distributed ledger solutions to meet banking requirements for audit, performance, scalability and reliability. R3 and the partnering banks will form joint working groups to lead these initiatives, which will leverage the R3 team along with experts within the partnering institutions. R3 said the consortium will work within a collaborative lab environment – or “sandbox” – to test and validate blockchain prototypes and protocols.

In an interview with Business Insider, Rutter said he started approaching banks about 15 months ago after visiting approximately 30 Bitcoin and blockchain firms in which he was considering investing.

“The lightbulb went off that distributed ledger technology could be to finance what the internet was to media,” said Rutter.

He told Business Insider that R3 has put together a “wish list” of what its banking partners want to use this technology for, which covers “everything from issuance, to clearing and settlement and smart contracts, where the code is the contract and it saves on back offices costs.”

Speaking with Reuters on the partnership with the banks, Rutter said, “We held several roundtables…to deeply consider what the possible implications of the blockchain were, and what it could possibly do to save money, and time, and to create a better paradigm for the world of Wall Street and finance.”

He added that the initial focus would be to reach consensus on an underlying architecture, but it has yet to be determined whether that would involve the Bitcoin blockchain or another one, such as the one Ethereum is building.

Once that decision has been made, said Rutter to Reuters, the first use of the technology might be the issuance of commercial paper on the blockchain.

“I think that these technologies will probably be post-trade,” Rutter said. “I think savings are in the settlement side, in post-trade, in issuance, but not in exchange trading or OTC trading any time in the near future.”

Simon Taylor, VP of Entrepreneurial Partnerships at Barclays, told the Wall Street Journal that what is attractive about the partnership is that it provides a place where banks that are usually competitors can collaborate. Taylor said he was impressed by the team R3 had put together, which includes Richard Gendal Brown, an engineer who has worked at IBM, and Tim Swanson, an author and consultant who is well known in the digital currency sector.

“You have a collaborative space to build things with people who have done it before,” said Taylor.

He told the Wall Street Journal that he sees this as the start of a long-term project.

“Everybody’s looking for that first killer use-case,” he said, adding that the truth, however, is there are many good ones that need to be meticulously developed and proven first.

“It’s going to take years, and it’s going to be hard,” Taylor told the newspaper. “Any big structural change is difficult.”