On August 31, Coinbase announced the expansion of its services to Canada.

To celebrate the launch, Coinbase waived its retail conversion fees for Canadian customers of the direct Buy/Sell service until September 6.

In an interview with CoinDesk, Coinbase CEO Brian Armstrong said that while the firm has so far found success launching in more developed markets, it is still active in its mission to extend its services to developing areas. But he did suggest that regulatory environments have so far proven easier to expand in nations where there is strong English language proficiency along with high technology literacy.

“[Canada is] not where we would want to launch first, it’s actually where the partners we have to work with are able to work with us first,” acknowledged Armstrong to CoinDesk. “But certainly Canada has a huge population of people that are interested in bitcoin that didn’t have easy ways to buy and sell it.”

CoinDesk noted that Coinbase’s CAD/BTC is being kept in a separate order book, meaning that for the time being exchange users in the United States will not be able to access the pair via their U.S. account.

“There’s certainly an advantage to multiple currency pairs but we wanted to be more conservative from a legal and regulatory sense,” said Armstrong to CoinDesk. The news outlet reported that Coinbase said its legal counsel does not believe the company to be “engaged in any regulated activity in Canada,” a factor that motivated the firm to introduce its brokerage and exchange services across all Canadian provinces.

CoinReport got in touch with Coinbase to learn more about the importance of regulatory matters being a factor in the company’s decision to expand into Canada.

“We work with regulators in many countries we launch in and have to make that assessment on a country-by-country basis,” said Sam Rosenblum, international expansion lead at Coinbase, to CoinReport. “We have a team of people who have taken the lead to work with policymakers and law enforcement around the world to teach them how this technology works and offer them the resources they need to adapt to the changing landscape.”

Rosenblum added, “Our ultimate goal is to make payments more open and efficient around the world. We think that what will help enable that in the short term is to make sure people have on-ramps and off-ramps to bitcoin, and if we can do that, it will help us continue to grow.”

Coinbase’s mission is to spur mainstream adoption of Bitcoin, Rosenblum said. “By expanding our wallet and Exchange services to Canada, we’re getting bitcoin into the hands of even more people globally and, by extension, helping to drive growth of the entire bitcoin network.”

Coinbase partnered with Vogogo, a Calgary-based risk management and payment processing specialist, for its Canadian expansion. Rosenblum said Coinbase chose Vogogo because of its expertise and broad coverage in the Canadian payment system.

“Coinbase understands how important it is to be careful and very diligent in setting up their services in various regions,” said Vogogo CEO Geoff Gordon in an interview with CoinReport. “If it was simply a matter of money, Coinbase would have surely done everything themselves. It’s not that simple, and I believe they understand the value of Vogogo and how difficult it is to do what we do. It’s been a synergistic partnership since the start with a lot of opportunity to help Coinbase still in front of us.” 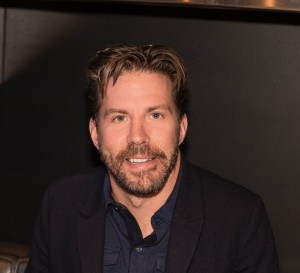 Gordon thinks that in order to gain mass adoption, cryptocurrencies require effective access to conventional banking and payment networks, meaning they need to be interoperable with conventional banking. Given that banking is one of the world’s most highly regulated industries, Vogogo likes to see regulators take clear and concise positions on crypto, irrespective of the position, for ease of integration and a clear playing field. That said, the company would prefer a balanced approach that considers all the topics in effect.

In June, a Senate of Canada committee that studied digital currencies issued a report suggesting the government tread lightly on regulation as to not stifle regulation. Gordon told CoinReport that he thought the report was well balanced and took a common-sense approach.

He noted that Canada also quietly regulated crypto, stipulating, in general, that businesses offering crypto-based services must comply with money service business (MSB) requirements as outlined by the Financial Transactions and Reports Analysis Centre of Canada (FINTRAC). Vogogo is registered and compliant with FINTRAC, with most of the requirements being fully automated into its technology, said Gordon. That allows the company to effectively offer a secure and compliant FINTRAC MSB structure to its clients operating in Canada. “We take a similar approach to all the markets or regions we are focused on.”

In a description about Vogogo in its press release on Coinbase’s integration, the company said it is “now executing on its plans to serve global markets. The plan focuses on market opportunities where Vogogo believes it has a competitive advantage due to its positioning and technology.”

Asked to elaborate on the company’s plans, Gordon said, “What we do is very difficult…offering our services requires a combination of experience, relationships, perseverance, expertise in several key industries, significant financial resources, and the tact to bring it all together. This combination is our competitive advantage and we aim to put ourselves in front of markets that need risk management and/or compliant payment services and do not typically have the combination of things necessary to attain them. The crypto industry is a great example of such a market, but it’s only one of many verticals that can really use our services.”

Like most regions in the world, Canada saw a lot of early Bitcoin adopters who were driven by opportunities in mining and speculative training. Such activities have since eased off, said Gordon. There is fairly steadying adoption of Bitcoin among businesses as a payment option, but that is still being driven by early adopters and so “it is not moving the needle a whole lot,” stated Gordon. That said, he thinks “we are now experiencing the calm before the storm that be set off by blockchain technologies.”

Gordon told CoinReport he believes that “blockchain technology based services are now diligently processing, positioning themselves, steadily pushing forward to integrate and weave themselves into the very fabric of the conventional banking and transaction processing networks. Once they get traction, the banking and payment world as we know it will change and, I believe, banking and payments is just the start.”

By expanding its services to new markets like Canada, Coinbase hopes to help attract new developers to build Bitcoin-related applications. The company is sponsoring Hack the North, which is taking place this weekend at the University of Waterloo, an Ontario-based university renowned for its STEM education and co-op program.

The hackathon will bring together 1,000 undergraduate students from across the world and of various skill levels to form teams and develop unique hardware or software projects from scratch. Coinbase will award the team that makes the best use of the company’s API with a $1,000 Bitcoin prize and guaranteed interviews for an engineering internship.

Nick Tomaino, who works in business development at Coinbase, told CoinReport that “sponsoring Hack the North is an opportunity for us to connect with new developers at one of the best computer science universities in the world and we’re excited to see what types of applications the participants come up with.”