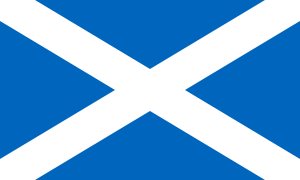 The New Economics Foundation (NEF), a UK-based think-tank, has issued a report in which it proposes a new digital currency for Scotland called ScotPound.

The report’s release comes nearly a year after Scotland held an independence referendum, which NEF said fueled a key debate on currency and the country’s relationship with sterling.

“The fear of losing the pound was one of the decisive factors in the eventual result. But Scotland wouldn’t have to give up sterling to introduce its own currency,” said NEF in a blog post about its report. “And in fact, Holyrood [the Scottish parliament] already has the powers to introduce a new currency and payment system, which could operate alongside sterling while providing a number of new social and economic benefits.”

NEF stated that as a clearly defined economic system and physical region, with a strong national identity and a devoted parliament, Scotland is perfectly situated to launch a new digital currency and a public payment system.

The think-tank argued that the currency and payment system could stimulate local economies, level the playing field for small businesses and support social justice for all Scottish citizens.

NEF proposed that ScotPound, the new national digital currency, would be developed alongside a free-at-point-of-use payment system called ScotPay. ScotPound would be non-convertible and purely digital, administered through an arm’s-length public body called BancaAlba.

NEF said the introduction of such a project, even if initially at a relatively small scale, would have several social and economic benefits.

The think-tank proposes a 250 ScotPound (S£) dividend to be given to every Scottish citizen, boosting the overall purchasing power within the economy.

NEF argued that ScotPound would be available to all, with smartphones being the main avenue for making payments through a text message or a mobile app. To ensure inclusion, a voice recognition system would be implemented for people unable or unwilling to use the technology.

NEF said the project would show that a new national currency can be built and implemented. It argued that the program would boost understanding about how money works and its potential uses. Scotland would also position itself as a global leader in financial innovation.

The think-tank acknowledged that the specification and design of its proposal is not necessary a final blueprint, but it hopes to push forward a wider debate on money, kick-started by last year’s independence referendum, by showcasing the huge economic and social potential of financial innovation.

NEF said that with a Scottish election slated for next spring, the country’s political parties should consider ScotPound as a unique and economic opportunity for Scotland.

In an interview with the BBC on NEF’s proposal, Nigel Dodd, a professor in the sociology department at the London School of Economics, said, “This report is an extremely timely and welcome intervention in current debates about the way our monetary system is governed and organised, and specifically about the merits and efficacy of conventional Quantitative Easing.”

As defined by the Bank of England, Quantitative Easing “is an unconventional form of monetary policy where a Central Bank creates new money electronically to buy financial assets, like government bonds. This process aims to directly increase private sector spending in the economy and return inflation to target.”

Dodd also told the BBC, “Given that the currency question played a major role in the Scottish referendum debate last year, I have no doubt that the proposals for a ScotPound will inform future discussions in Scotland. NEF’s proposals are extremely clear and convincing.”